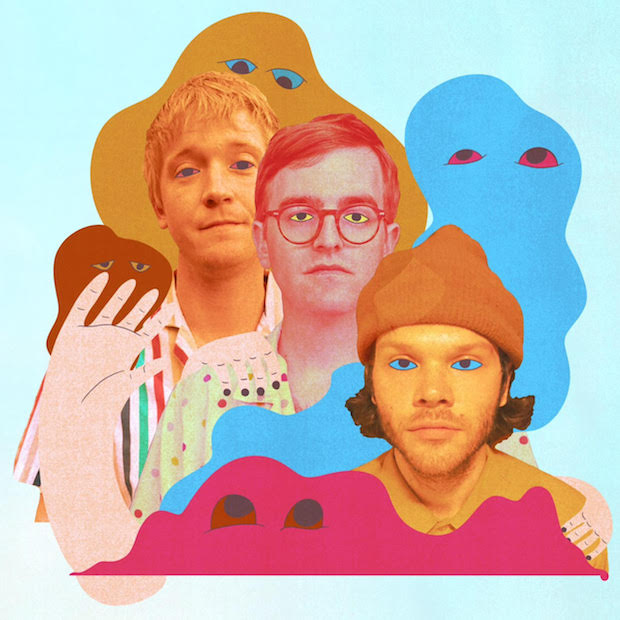 Prolific as ever, there’s already more Okey Dokey on the way, as, this summer, the duo will release a collaboration album, comprised of ten different tracks featuring ten different guest artists, spanning a variety of genres. The first single from the collection, a vibey, harmony-soaked, and retro leaning tune called “Thick and Thin,” employs the help of Mississippi bread, LA based, long-running and beloved synth pop artist Dent May, who’s been a favorite of ours since he first came onto the scene with his debut LP a decade ago, and whose musical aesthetic and sensibilities couldn’t mesh more perfectly with Okey Dokey’s.

“‘Thick and Thin’ is about loving someone who’s going through a dark time and trying to shine a light to help them through, because they’ve done the same for you in the past,” explains Dent May. “When we played with Okey Dokey in Nashville back in 2017, I think they’d played half a song and I was like, ‘this is the best band we’ve played with on tour.’ I could immediately tell we shared certain songwriting sensibilities, so it feels natural that we’d go on to collaborate.” As for how the teamup came together, he tells us “We did the whole thing over email. They sent me an instrumental and I wrote and recorded vocals. Then they completely rerecorded and rearranged the song around my vocals. I think I cried when I finally heard the finished track.”

Okey Dokey add, “Working with Dent has always been on our bucket list. He’s been putting out music for a while now and we have seriously been fans for almost a decade. Making this song together felt more like the ultimate group art project than just making a song. That’s the beauty of working together and being open to ideas and change.”

Hear “Thick and Thin” below, and keep an eye out for more collaboration tracks from Okey Dokey ahead of their new record’s release!