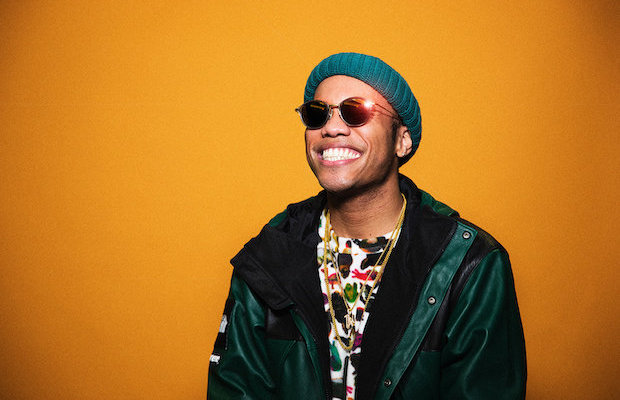 Eclectic, genre-bending r&b, soul, hip hop, and funk artist Anderson .Paak has seen a meteoric rise over the past several years, but it’s come on the back of a lifetime affinity for music, early work as an artist and educator, and several years kicking around in the LA underground before blog hype and fan buzz helped propel his first record Venice to critical acclaim. 2016’s Malibu helped further expand .Paak’s mainstream reach, and in recent years he and his stellar backing band The Free Nationals have become standout festival favorites, while Anderson has scored huge guest spots, major placements, critical adoration, and more. With last year’s Oxnard, and, most recently, this year’s soulful fourth LP Ventura, .Paak has achieved breakout mainstream success, endless co-signs from legendary performers, and reputation for being one of the most talented, transcendent, and prolific new artists of his generation.

Tonight, May 17, at Ascend Amphitheater, Anderson .Paak & The Free Nationals make what appears to be his headlining debut in Music City. That alone makes this one of the most exciting shows of the spring, but with the addition of critically-beloved breakout rapper and Odd Future member Earl Sweatshirt and transcendent producer, artistic collaborator, and jazz/funk/soul/r&b trailblazer Thundercat to the bill, this is, for our money, one of the most stacked lineups you’re likely to find all year. Incredibly, a handful of tickets still remain and you can snag them right here while they last!

Anderson .Paak & The Free Nationals, Earl Sweatshirt, and Thundercat will perform tonight, May 17 at Ascend Amphitheater. The show is all ages, begins at 7:30 p.m., and tickets are available to purchase for $60-100.