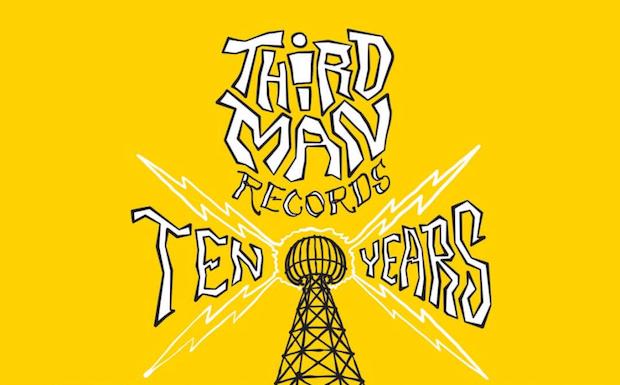 It’s hard to believe that’s it’s now been a decade since Jack White’s Third Man Records first opened its iconic Nashville storefront, firmly engraining the beloved rock star and his label in new Nashville’s flourishing music scene. Since ’09, Third Man, which features recording space, a performance venue, and a store front, and has severed as a boutique label for all kinds of national and local artists with new releases, live recordings, reissues, and more, has undeniably become a local institution, so, to celebrate its 10th anniversary and the community of artists who’ve been apart of Third Man along the way, the label has announced one seriously cool and fitting anniversary party, set to take place April 6.

While the Raconteurs have been teasing new music off and on for years, sometimes with the prospect of a return looking less likely (White has since had a massive solo career, and also juggles time with other side project The Dead Weather), and even reunited for two surprise songs during White’s 2015 appearance at Bridgestone Arena, they finally dropped two new singles and accompanying videos, “Sunday Driver” and “Now That You’re Gone,” concurrent to a deluxe reissue of their sophomore LP Consolers of the Lonely back in December, with a long-awaited third full-length finally expected to arrive in 2019.

Tickets to this party are sure to be in incredibly high demand, and will go on sale to this Friday, March 15, with Vault Member exclusive $150 Ultra tickets (with early admission, some cool freebies, and priority access to the Blue Room stage) available at 10 a.m., and $75 general admission at 1 p.m., right here. Per usual for Third Man, your name must match your ticket, there’s a limit of two per person, and they’re non-transferable.

Watch The Raconteurs’ latest videos below, and find out more about the anniversary party right here!