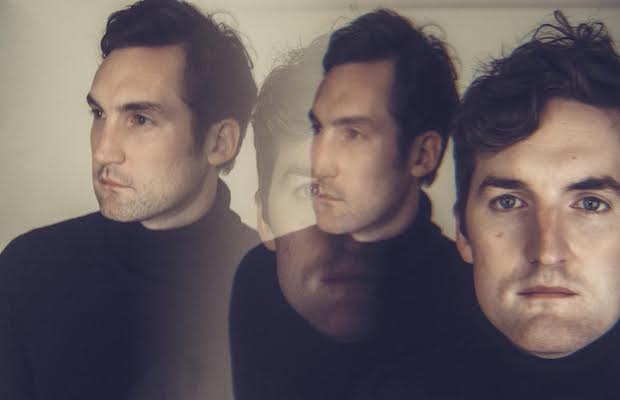 Formed in 2016, a year after the premature demise of their prior project The Apache Reply, local duo Airpark, made up New Orleans raised brothers Michael Ford, Jr. and Ben Ford, have a been a favorite of ours from the very start, quickly becoming a buzzworthy local group you should be keeping an eye on thanks to a pair of strong EPs, Early Works, Vol. 1 and Early Works, Vol. 2, last year. A contrast to Apache’s big, layered, folk-informed sound, Airpark take a minimalist, deconstructed approach to indie rock and pop, with melodic and groove heavy arrangements and no shortage of big, engaging hooks.

For their next, highly-anticipated new EP, Songs of Airpark, which arrives Feb. 22 via Eugenia Hall Records, the duo recruited beloved Colorado husband and wife indie pop duo Tennis to helm production duties, and the result is a glorious melding of style and influence that marks Airpark’s best work to date. Ahead of the record’s release, we’re beyond thrilled to bring you an exclusive premiere of shimmering, melodically dense new single “Dissipate” – hear it right now below!

“‘Dissipate’ was the last song we tracked for ‘Songs of Airpark’ and it proved to be the most challenging,” explains Michael, “It took a minute to find our footing because the demo was vastly different from any of the tunes we’d tracked that week. Throughout the day, the song started revealing itself and by the time we finished later that evening it was all of our collective favorite off the EP. Coincidentally, it was the 4th of July and it felt like some sort of strangely timed celebration to mark the end of the tracking process.”

For ‘Songs of Airpark,’ the local duo recruited Tennis to produce.

As you may recall, Airpark opened for Tennis at The Basement East a couple years ago, and found in the group’s Patrick Riley and Alaina Moore musical kindred spirits whose sensibilities made for a stunning new record. “The idea of being produced by a husband and wife was really appealing to us and Pat and Alaina’s particular dynamic, connection and level of understanding of each other was super inspiring to witness and be around – not only as a production team but as a couple,” Ben tells us.

With its timeless, warm tones, hypnotic slow burn of melody, and earnest vocal delivery, “Dissipate” feels like a refined distillation of everything we’ve heard from Airpark thus far, weaving from Spoon-esque builds to harmony drenched choruses where Tennis’ touch really shines through. While we eagerly await the rest of the EP’s arrival next week, stream “Dissipate” below right now. And, finally, you can catch Airpark live in support of their latest, opening for Valley Queen next Saturday, Feb. 23 at The Basement– head here for tickets!