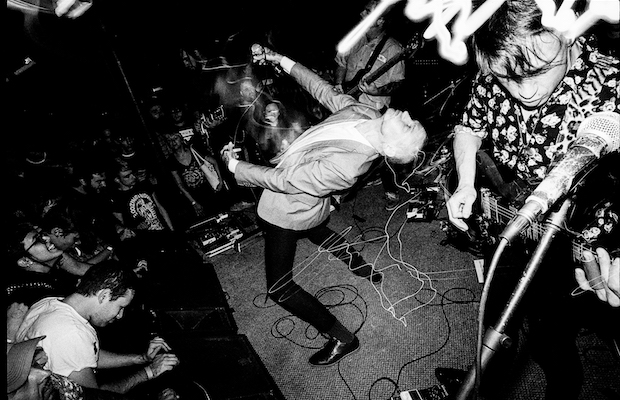 Touring in support of their first album in eight years (though they’ve been reunited for awhile), Rhode Island noise rock staples Daughters are set to play Music City for what appears to be the first time in at least a number of years, Feb. 21 at Mercy Lounge with experimental, underground noise rock favorites Wolf Eyes and buzzy, rising Chicago industrial electro-goth duo HIDE. Fans of all things heavy, weird, and experimental will want to make this a priority, and you can still get tickets right here! Or, if you’d rather leave it to chance, we’re also giving away a pair of tickets to one lucky fan! Read on for more about the show, and enter for a chance to win below.

Enter to win tickets by filling out the form below. Must be 18+  to attend. If you experience any trouble with the contest widget, or have any questions, feel free to email us at [email protected].

Winner will be announced Wednesday, Feb. 20 at 12 p.m. CST, and will receive one pair of tickets. Good luck!