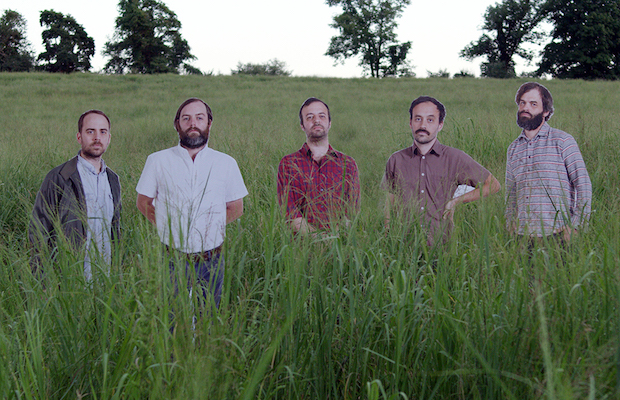 Hailing from Philadelphia and formed at the turn of the millennium, art-rock/post-hardcore outfit mewithoutYou return to Nashville tonight, Nov. 19 for the eighth time in four years; something that would normally seem excessive, but for a band this good, we devour their every show. Juxtaposing smart, philosophical and high-concept themes with musical elements of indie rock, alternative, post-hardcore, and art rock, mewithoutYou have amassed a loyal following over the years, enhanced by their personal, electrifying live show, genre-bending sensibilities, and blend of conceptual and deeply personal lyricism, which makes them one of the best, most versatile acts of the indie scene.

A few shows back, in 2014, the group celebrated the 10th anniversary of their fan favorite sophomore album Catch For Us the Foxes, then last year returned for another anniversary, stepping even further back to honor the heavier, rawer LP that started it all, 2002’s [A→B] Life. Tonight the band once again play Mercy Lounge, but for the first time since 2015, it’s in celebration of a brand new effort, their recently-released seventh LP, which is officially untitled and listed as [Untitled]. It’s a dense, smart, raw, tumultuous, and powerful personal effort, a reflection both of the times and the state of the band in 2018, and is perhaps mwY’s strongest record in years, which gives us an added level of excitement to see the band bring their latest to life. To kick off your holiday week right, grab tickets here while they last!

In the supporting slot and making things even more essential, St. Louis artist Smidley, the new solo project from Foxing’s Conor Murphy, brings a sort of genre-bending, dreamy, alt pop sound that should definitely resonate with fans of mewithoutYou’s more weird and layered moments. And opening up the show, Philly’s Davey and the Chains adopt an r&b and soul infused dream boogie, also adding more layer and dimension to the lineup. Show up early for both! And finally, if one evening set of mewithoutYou isn’t enough of a fix (or for some reason you can’t make it to Mercy), head to Grimey’s at 12 p.m. to see mewithoutYou play a free, all ages in-store performance this afternoon!

mewithoutYou, Smidley, and Davey and the Chains will perform tonight, Nov. 19 at Mercy Lounge. The show is 18+, begins at 8 p.m. (doors at 7 p.m.), and tickets are available to purchase for $20.