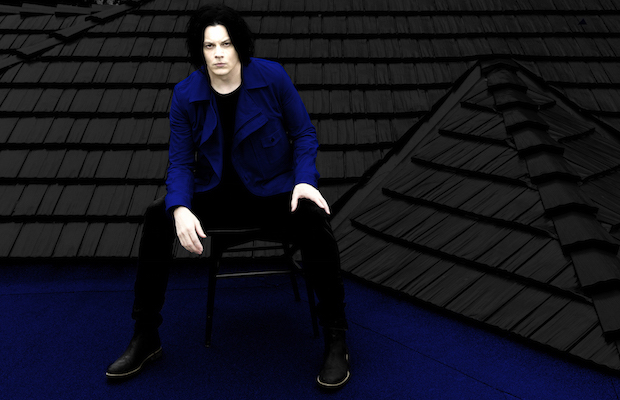 Recently announced to make up for a rained out appearance at Franklin’s Pilgrimage Fest, resident local rocker Jack White is winding down his world tour in support of this year’s ambitious, experimental third solo effort, Boarding House Reach, with a final show (for now, at least) here in his adopted hometown tonight, Nov. 20 at Bridgestone Arena. Tapped to support are two Third Man signees and local country artists creating national buzz, Margo Price and Joshua Hedley, and tickets, which are available now, are pretty reasonably priced for an arena show (particularly if you had Pilgrimage plans that revolved around White), but only a handful remain, so snag yours now if you’ve been procrastinating, and read on for more about the show!

While Detroit is his birthplace, the city where he cut his teeth in music, and will forever remain his original home, Nashville has been equally important to Jack White‘s narrative and musical journey since the accomplished rocker first relocated here, assimilated into the local scene, and launched the first physical space for his label, storefront, and recording complex, Third Man Records, around a decade ago. White, of course, first found international acclaim as one half of beloved garage rock duo The White Stripes, who were perhaps the most significant and enduring act to emerge from the indie and garage rock boom of the early ’00s. Before the Stripes had even officially split, White already began showcasing a desire to broaden his artistic reach and take on new projects, first as a co-frontman of indie rock supergroup The Raconteurs and then as a drummer and vocalist in blues and garage rock supergroup The Dead Weather.

Though The White Stripes’ 2011 split feels pretty final, and White has remained intermittently active with his subsequent bands (The Dead Weather returned in 2015 with a new LP, and after years of teasing new work, The Raconteurs will finally return next year), busy with Third Man, and increasingly active as a producer, the rocker’s primary focus in recent years has been a solo career, which kicked off triumphantly with 2012 debut Blunderbuss, felt honed with 2014’s Lazaretto, and took a much more experimental and deconstructed turn with this year’s third effort Boarding House Reach. Fusing his garage and indie rock past with a love for classic blues and folk, White’s solo work has felt like an evolution of everything that came before, propelling him to worldwide touring, prominent festival spots, and enduring widespread acclaim as one of rock and roll’s most important figures.

Never anything short of a stunning live performer, Jack White seems to reinvent his show each tour cycle, largely recruiting a new band, changing up his show (which includes career-spanning work from his various other projects), and orchestrating dazzling production. Notably, his Boarding House Reach run began with a pseudo-secret, last minute show at Third Man, is it’s fitting that it’ll now end with a huge hometown celebration at Bridgestone. Though we’d love to see Jack return to a slightly more intimate room like The Ryman, time and time again at festivals and arenas, he’s proven how effectively his performance can scale, and any Jack White show in Nashville is a show you don’t want to miss.

Though she seemingly erupted onto the national radar overnight, anyone dialed into the local scene will surely remember Margo Price as a talented and hardworking Nashville fixture for many years prior. After dropping out of college and moving to Music City 15 years ago, Price formed beloved local act Buffalo Clover, taking on a bit of a more alt rock bent, before transitioning towards the classic country sound she’s become famous for with short-lived supergroup Margo and the Pricetags. After years of playing local and national haunts and dives and collaborating with a host of amazing artists, Margo nabbed a deal with Third Man and broke out in a big way with her 2016 solo debut Midwest Farmer’s Daughter, guesting on Saturday Night Live soon after, earning worldwide critical acclaim, and soon landing on prestigious lineups like Bonnaroo, Glastonbury, and Stagecoach, and sharing the stage with greats like Willie Nelson.

Crafting a quick followup, Price’s sophomore LP, All American Made, arrived last fall, not long after a surprise EP (which she supported with a pop up show at American Legion Post 82’s Honky Tonk Night, keeping it local and real), and in the year since, she’s continued to tour the globe and rack of accolades, celebrated for her old school, outlaw country sound and personal, substantive, story-driven style, placing her along talented and outspoken artists like Sturgill Simpson as a fresh of breath air in the country landscape. One of Nashville’s coolest and most-deserving recent success stories, Price is a perfect match for this bill, and we couldn’t be more excited to see her on such a huge state.

Jack White, Margo Price, and Joshua Hedley will perform tonight, Nov. 20 at Bridgestone Arena. The show is all ages, begins at 7 p.m., and tickets are available to purchase for $32.50-72.50.