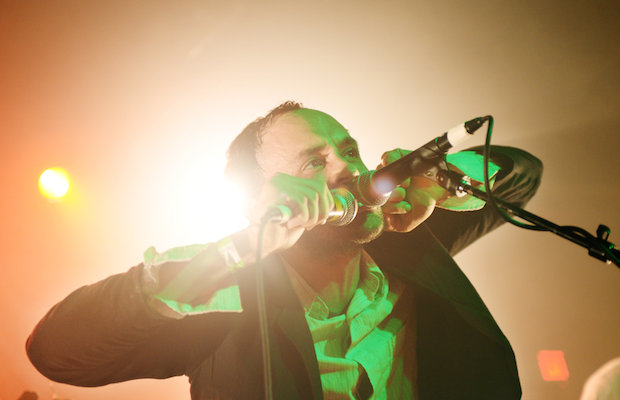 Reviewing a show that was designed for you to love is a difficult and almost meaningless task. Yet, mewithoutYou‘s recent stop in Nashville to celebrate the 10 year anniversary of their seminal album, Catch for Us the Foxes, by playing it in full at Mercy Lounge, is, at the very least, worthy of some ponderous recognition, if, for no other reason, than to enlighten you on one of the fall’s best shows so far. Fantastic acts The Appleseed Cast and Hop Along opened, but I, unfortunately, was across town catching The Gaslight Anthem and Against Me! as they performed at Marathon Music Works. I made it just in time to see mewithoutYou, and you can read on for a recount of the fantastic show (and more importantly, take a look at some great photos)!

mewithoutYou have played Music City countless times over the years, most recently making a stop at Exit/In back in February. And, while that show was equally as amazing from a performance standpoint, the energy, emotion, and nostalgia behind Foxes (not to mention the crowd that turned out) helped the band’s Mercy Lounge show pack an extra punch. Originally planned for Cannery Ballroom, it is somewhat disappointing that the space was downgraded (CATCH FOR US THE FOXES YOU GUYS!), but, in terms of intimacy and sonic clarity, it was a win for the sold out room of passionate fans. As I arrived, and anchored myself to a spot as close as I could get, I couldn’t help but notice how varied the crowd was, and how giddy they all appeared to be in anticipation of what we were all about to witness. For me, and, undoubtedly, for many people of a similar age, Catch for Us the Foxes was a musical masterpiece, a gateway to the more aggressive side of experimental indie rock, and a beautiful pondering of issues both spiritual and emotional. It chronicles singer Aaron Weiss’ struggle, frustration, and philosophical reconciliation of things that so many of us deal with, albeit without the ability to articulate and analyze so poetically. It remains one of my favorite albums of all time, and the opportunity to see it played in this way, so passionately and perfectly, was unreal. Needless to say, there was no chance that I wasn’t going to love this show. 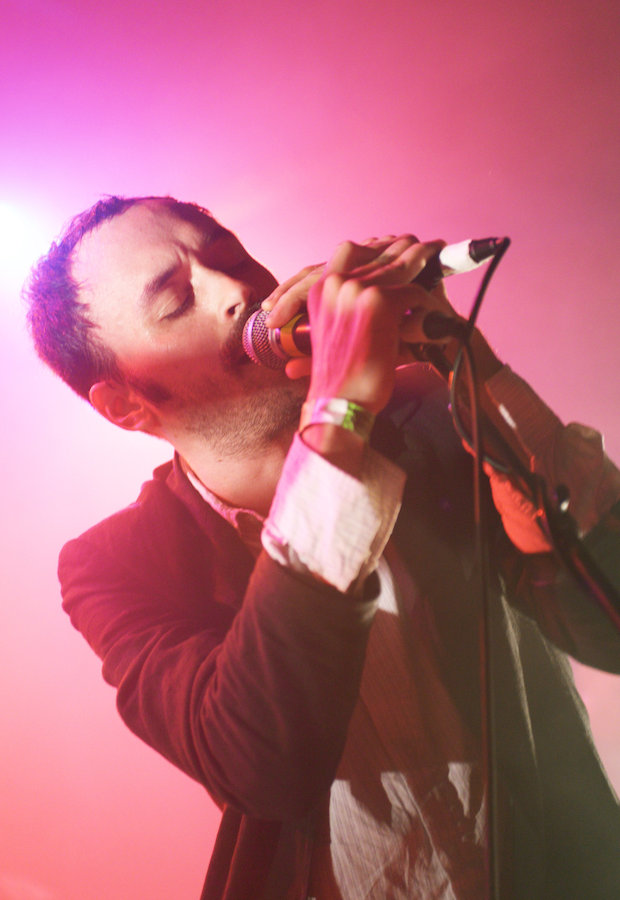 The last time the group passed through, they had an extra musician handling auxiliary instruments like melodica. This time around, it was just the core band, which made for a straightforward and tight show. Set in front of a massive Foxes backdrop, the band opened with the album, faithfully and passionately recreating its magic track for track. Weiss started out the show a bit more cleaned up than I’m used to seeing, but, between crawling around on the floor, disappearing into (and later wearing) the backdrop, and brandishing his accordion, his signature beanie and glasses look emerged. The show seemed especially personal for the band, who kept shouting out friends and family between songs, and managed to channel as much excitement for Foxes as the crowd, reflecting back the energy we invested. After the legacy set concluded, and after Aaron explained that we would need to clap if we wanted an encore, the group reemerged for tight six-song closer, pulling some favorites from the rest of their catalogue. Between the scream/sing alongs, crowed surfing (mostly at the band’s initiation), and alternating contemplative viewing/furious moshing, not a body in the room seemed to be having less than a stellar time. My only gripe, and it’s a small one, is that the vocals were too low in the mix- fortunately for me and most everyone else there, I knew all the words, and had a blast singing along regardless. 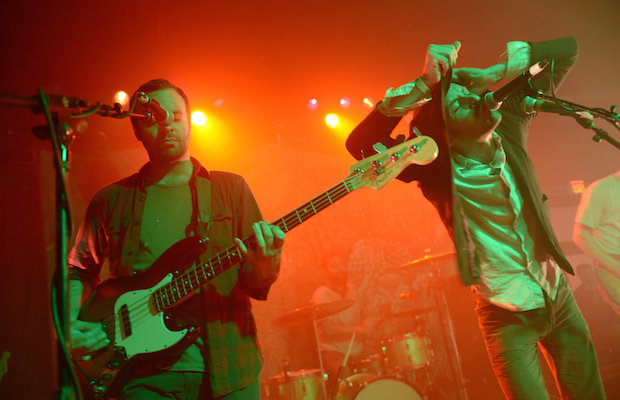 mewithoutYou are, without a doubt, one of the best and, perhaps, most underrated bands in indie rock, and Catch for Us the Foxes is their magnum opus. If you didn’t manage to catch them on this monumental tour, you totally messed up. But hey, like I said, I’m biased.