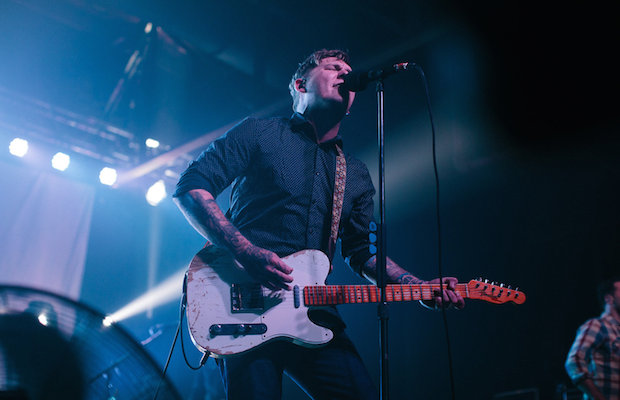 While it’s been nearly a year and a half since we last caught New Jersey heartland punks The Gaslight Anthem at Marathon Music Works, and 10 months since punk pioneers Against Me! rocked the stage of Mercy Lounge, we couldn’t shake the sense of deja vu when the bands teamed up for a performance at Marathon last week with Sweden’s Twopointeight. As expected, it was one rowdy, fun, and substantive show, and we had a blast (before bolting across town to see mewithoutYou). Read on for our review, and take a look at a fantastic photo set! 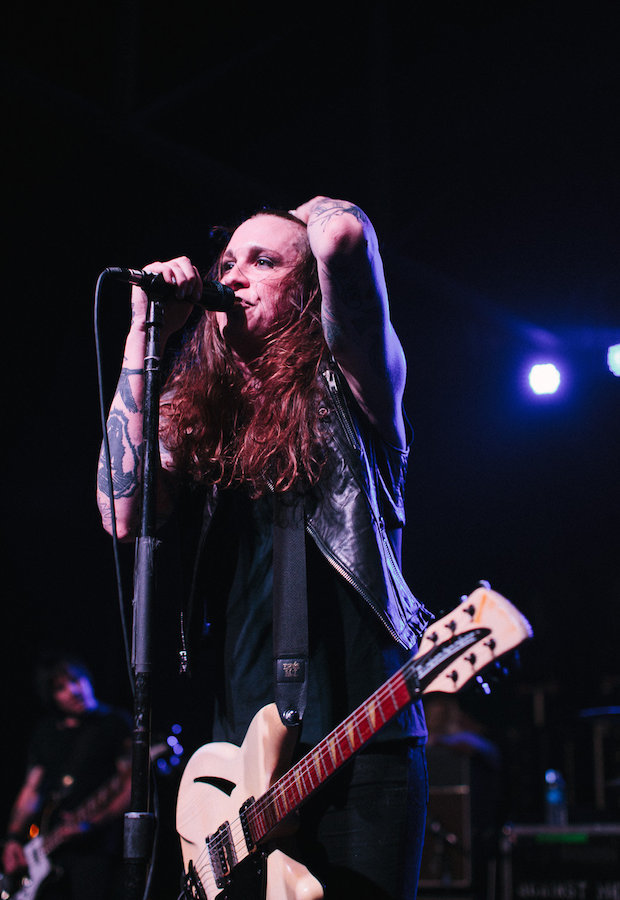 Against Me! Photo by Emilia Paré.

Twopointeight were finishing up as I arrived late, having met up with Against Me!’s Laura Jane Grace ahead of the show for an interview (which you can find soon on Alternative Press). They’re a no-frills punk band, and they sounded great; definitely an artist I’d like to give a proper shake the next time they make it to Music City. Against Me! were the real reason I made the trek to Marathon that night, however, and, for the third time this year (the last being Louisville’s Forecastle Festival), they managed to exceed my expectations and to push the boundaries of what it means to be a punk band. Between lineup changes and a shift back towards a rawer, more aggressive sound reminiscent of their older material, Against Me! are a leaner, meaner band this days, but, on the surface, the most obvious change within the band has been frontwoman Laura Jane Grace coming out as transgender, and, over the course of the past two years, becoming one of the most visible public figures, and certainly entertainers, in the trans community. At this stage of her career, Laura plays more earnestly and more purposefully than she ever has, and that raw energy and sense of weight and importance that Against Me!’s new material is dripping with carries over to every aspect of the band.

The group’s set spanned their entire discography, but definitely skewed heavy on material from their latest, Transgender Dysphoria Blues, a fact that, while it might not be as classic-singalong-inducing for fans, shows how dedicated the band is to their new direction and passionate social agenda. Grace is a captivating performer, and stood draped in black, screaming lyrics of anarchy, rebellion, love, loss, and ostracism. Whether you peg this as Against Me!’s second coming, or whether it’s just a band reigniting the fire that’s always been within them, the group are, now, the best they’ve ever been, and boast one of the most diverse, passionate, and coolest fan bases I’ve ever seen. My only gripe was that this set wasn’t longer, and that it wasn’t in a smaller, more sonically contained space; nonetheless, Against Me! rocked the roof off the joint, and left me thinking hard about how it’s even scientifically possible for them to get better and better with every show. 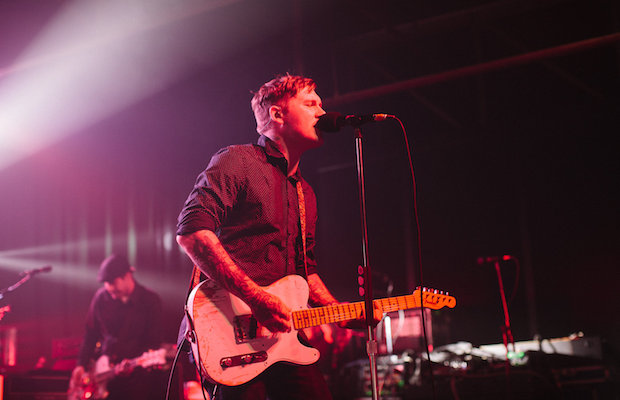 Stepping onto the stage with a swagger that showed just how at home they feel in Nashville (they’ve recorded their past two full-lengths here in town, and frequent Music City), The Gaslight Anthem brought back the energy and electricity present during their Marathon show last spring. Out in support of fiery new album, Get Hurt, Gaslight have taken on a heavier, sadder tone as of late, and this only served to energize their set, which kicked off with new (and appropriately titled) tune “Stay Vicious.” Enigmatic frontman Brian Fallon, who often conjures comparisons to Bruce Springsteen or Eddie Vedder (not unfounded, but perhaps a bit lazy), used his recent divorce as the thematic focus for much of his new material, and, while it certainly brings a bitterness and somberness to the table in place of Gaslight’s prior hopefulness or nostalgic longing, it adds a new dimension to the band, and helps open up their live show in a new way.

Though he played with a serious cadence, Fallon still has a lighter, “rock and roll for the love of it” side, and this helps further the everyman relatability that goes hand in hand with Gaslight’s style. The set drew heavily from Get Hurt, unsurprisingly, but also boasted a healthy dose of the band’s more punk-leaning older material as well as their glossier, newer tracks. Like their last Nashville show, TGA skimped on the cuts from 2010’s American Slang, which I always find odd, not only because I consider it the band’s best “late era” (post-The ’59 Sound) album, but also because it was arguably their commercial breakthrough. Nonetheless, everything flowed seamlessly, and the band played the best I’ve ever seen them, surely a symptom of their newfound major fanbase which has has grown exponentially over the past few years. 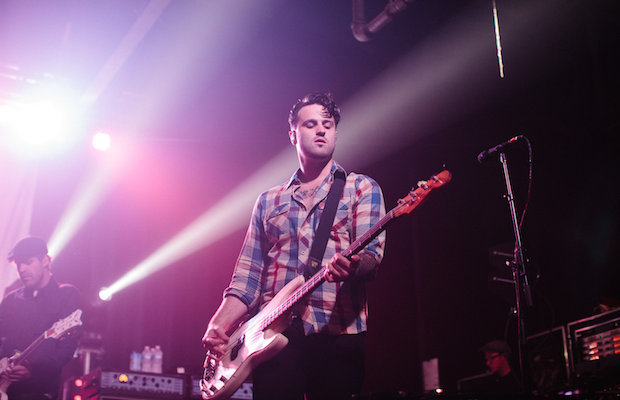 While two very different acts, Against Me! and The Gaslight Anthem are kindred spirits in their honest, straightforward, and emotionally resonant songwriting, and, back to back, showcased some of the best rock and roll today’s music scene has to offer. You can debate all day about the punk cred of either act (and I’ll defend Against Me!’s punkness to the teeth), but the fact remains that they both fall into a small group of critically acclaimed, commercially recognized, and persistently incredible bands helping keep rock music alive. Here’s to many more years and many more shows.

The ’59 Sound
Wooderson
Sweet Morphine
We’re Getting a Divorce, You Keep the Diner