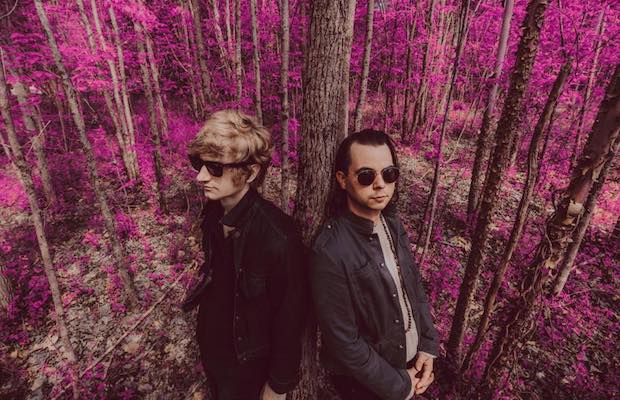 We first introduced you to local art rock duo Fox Grin last year, when we premiered their great EP Dawn, before checking back in at the start of 2018 with the debut of a new single, ahead of their most recent, critically-acclaimed full-length, King of Spades. Since then, the Atlanta transplants, Thom Chapman and David Bean, have continued to build buzz around Nashville and throughout the region, along with crafting a swift followup LP, Dusk, set to arrive in early 2019. As we eagerly await that album’s release, we’re beyond excited to once again premiere a new single: “Broken Watch.”

Boasting the band’s familiar, dreamy, harmony-laden, Beatles-esque sound, “Broken Watch” feels like a welcome continuation of the same formula we’ve come to expect from one of Nashville’s coolest acts on the rise; a refreshing and unique departure from much of the indie and garage rock we’ve heard so much of in the local rock scene. With layered instrumentation and synth flourishes, the tune is immediately hypnotic and timeless, and you can hear it right now below before it officially drops tomorrow!

For even more of a Fox Grin fix, be sure to watch the group’s recent Audiotree live session, and keep an eye out for a new music video coming soon. While there currently aren’t any local dates on the books, we imagine one will announce sooner than later; we’ll keep you posted!