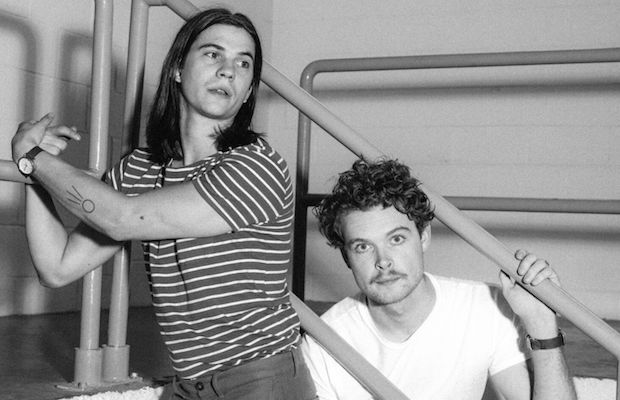 Formed originally in Murfreesboro and now Nashville based, Mountains Like Wax are a band we’ve had our eye on for several years, from their early days of DIY shows leading up the release of their debut EP, Tetrology in 2015, to their well-deserved win in 2016’s Music City Mayhem competition, earning them a spot that year at Live on the Green. Though they exist in the same DIY space as, and often perform with many of the city’s rising punk, alternative, and emo bands we’re frequently buzzing about, Mountains Like Wax adopt a sound that is a kindred spirit to, but sonically distinct from, that punk-informed base. Crafting lush, ambient textures, MLW’s indie/Southern post-rock sound is sweeping, ambient, hypnotic, and earnest, more calming than aggressive, though still packed with raw emotion.

Though they’ve remained intermittently active live, the duo have released just one track, last year’s fantastic “(a) Rest,” since that initial EP, opting instead to take their time to hone their sound and work diligently on new material. The result is a series of mini releases that will arrive in the coming months, beginning today with a two-song EP, Hold Your Own, made up of new tunes “Hold Your Own” and “It Used to Feel Right.” Without a doubt the best music Mountains Like Wax have ever produced, the songs build on the group’s layered, melodic, and personal style with an added polish, focus, and adventurousness, sonically channeling everyone from Manchester Orchestra to Modest Mouse, Foals to hints of The 1975, all with a sort of moody, mathy bent that reminds us of the indie scene of the mid aughts.

Produced by Jeremy Lutido of Leagues, with art direction from Local Natives’ Nik Ewing, the band describe Hold Your Own as “a farewell to the fleeting discrepancy of youth, and the jaded nature we face when normalcy turns a chapter. These songs depict the intimate and personal nature of love fading, without the knowledge and understanding of how to reconcile.” We’ve long considered Mountains Like Wax one of Nashville’s best rising acts, and with these new songs they seem, more likely than ever, to be well on their way to finding well-deserved broader acclaim, and are certainly a must-know part of the local underground.

The group played a sold out show earlier this week at The High Watt, and though no further local shows are on the books, we imagine one will pop up sooner than later. For now, hear “Hold Your Own” and “It Used to Feel Right” below!