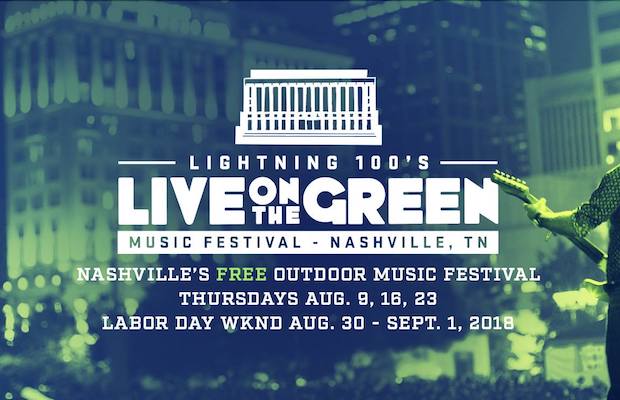 After an excellent season opener last week, Live on the Green is rolling on with some serious momentum, as the second week of the 10th season of the annual, free outdoor fest goes down tonight, Aug. 16 at Public Square Park. Per the format adopted a few years back, Live on the Green runs four consecutive Thursdays, and culminates with an epic three-day, two-stage finale. Once again boasting an exciting and stacked lineup, this season will feature performances from the likes of Jimmy Eat World, Matt & Kim, Cold War Kids, Dr. Dog, Car Seat Headrest, X Ambassadors, ZZ Ward, Parquet Courts, and more! After a great first night which included Dispatch, The Wood Brothers, Mt. Joy, and Roscoe & Etta, this week’s installment is set to include Cold War Kids, Car Seat Headrest, Colony House, and *repeat repeat, continuing the new four band format, expanded from three in years prior. One of the best pairings of artists all season, tonight is especially great if you dig poppy, indie rock. 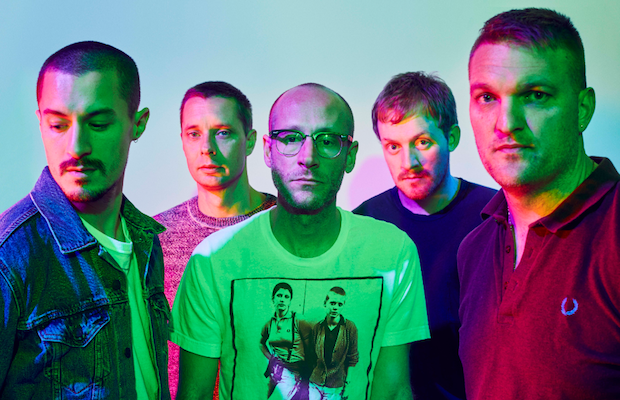 It’s been almost 15 years since Long Beach bluesy indie rockers Cold War Kids first got together, and over a decade since they exploded onto the scene to an unheard of level of buzz with their debut, Robbers & Cowards, winning over legions of fans and critics alike. And, while in the years since the band have remained strong, churning out some quality successive releases and becoming a live juggernaut and festival staple, recent years have seen an impressive resurgence both creatively and commercially, recapturing the spirit of their debut with 2014’s Hold My Home, before branching out into much more modern, hook-laden pop territory with their latest, last year’s L.A. Divine. A couple of lineup changes in recent years seems to have helped them recapture their stride, because they’re making the most cohesive, focused, and honed yet ambitious music of their career to date, and, live, there’s never been a better time to catch the group, with ramped up festival appearances and semi regular stops in Nashville. With six albums’ worth of back catalog, you never know what to expect, but, what we do know is that you don’t want to miss the band’s return to Live on the Green after first appearing at the fest three years ago. 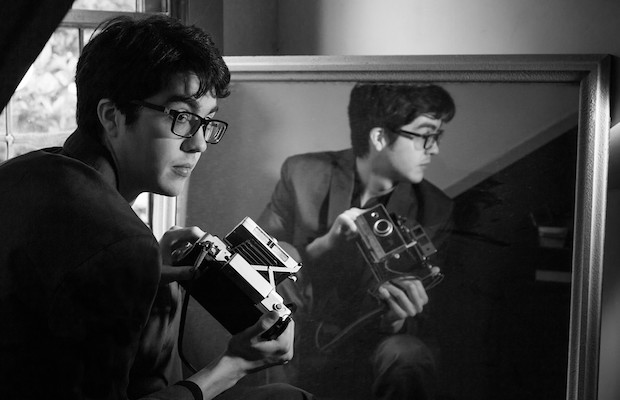 A true DIY success story, Car Seat Headrest began in 2010 as a musical vehicle for eclectic artist Will Toledo, then 17, in his native Leesburg, VA, named literally for the back of the family car where Toledo holed up to record vocals for his early, fiercely independent efforts. Initially a thoroughly solo effort, Will embraced Bandcamp as a distribution platform to release a staggering 11 albums over just three years, developing a devoted cult following without the help of a label or representation, and eventually earning the attention of Matador Records, who signed the project in 2015. After moving to Seattle and recruiting a proper group of backing players, transforming Car Seat Headrest into a full band, Toledo and co. dug into the back catalogue to craft fleshed out, reworked versions of prior CSR material to serve as a label introduction with 2015’s Teens of Style. 2016’s Teens of Denial, Car Seat Headrest’s 13th album overall, is the group’s first totally new collection of full band material, and thanks to buzzy tracks like “Vincent” and “Drunk Drivers/Killer Whales,” helped helped the band reach an even wider audience, fast approaching household name status, furthered by re-recorded version of prior effort Twin Fantasy this year. With a very personal, smart, and insightful lyrical prowess and a dynamic, inventive indie rock style, Car Seat Headrest are one of the most exciting rock group to pop up in recent memory, and with an engaging, stellar live show to boot, they’re at must-see in person. 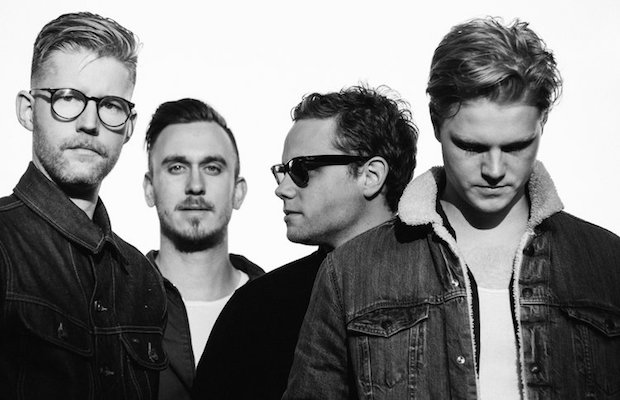 Hailing from just down the road in Franklin, indie rockers Colony House have become a certifiable Music City success story in recent years, transforming from promising young local band to nationally buzzed about artist with their 2014 debut, When I Was Younger, and, now, major label act with their stellar followup, Only the Lonely, which arrived last year via RCA. The group’s genesis traces back to childhood for brothers Caleb and Will Chapman, whose father, Steven Curtis Chapman, is a successful contemporary Christian artist. Getting serious about the band, at the time called Caleb, in high school, they met guitarist Scott Mills through their cousin, and operated initially as a trio, changing their name to Colony House after an apartment complex where they formerly lived. Rounded out by bassist Parke Cottrell, the group quickly made a splash in the local scene with their initial EPs and promising early shows, and, after their debut album, they toured regularly, made rounds on late night television and festivals, and found breakthrough single “Silhouettes” the subject of regular radio play. Further honing their emotional, personal songwriting style and eclectic, indie rooted sound, Colony House only managed to improve with their latest effort, and have become a fast growing national presence ever since, revered for their genre-bending style and dazzling live show. 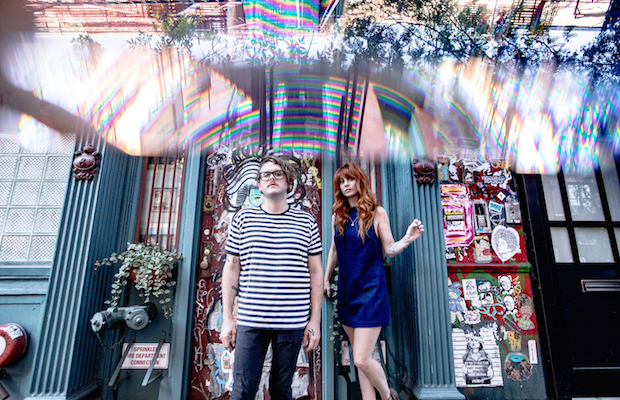 Husband an wife duo *repeat repeat are longtime friends of the site and a longtime local fixture, helping forge and facilitate a space for exciting local acts on the rise with their beloved East Nashville Underground concert series, which also served as a backdrop for some of their earliest shows. Founded by frontman Jared Corder, the band’s nostalgic, harmonic, garage rock sound nods to ’60s California surf music, and is filled out by the harmonies of his wife Kristyn, who lent her vocals to early sessions at a producer’s encouragement, and soon became a permanent fixture. Anchored by the Corders, the band went from local buzz to national with their debut record, Bad Latitude, in 2014, and after constant touring and mounting attention, inked a deal with Dangerbird ahead of last year’s more adventurous, confident, wistful, and pop primed followup, Floral Canyon. A joyous and engaging live band, *repeat repeat seem well on the way to becoming Nashville’s next big rock success story (especially with Patrick Carney helming their forthcoming new record), and the must be witnessed in person to be fully appreciated. Show up early!