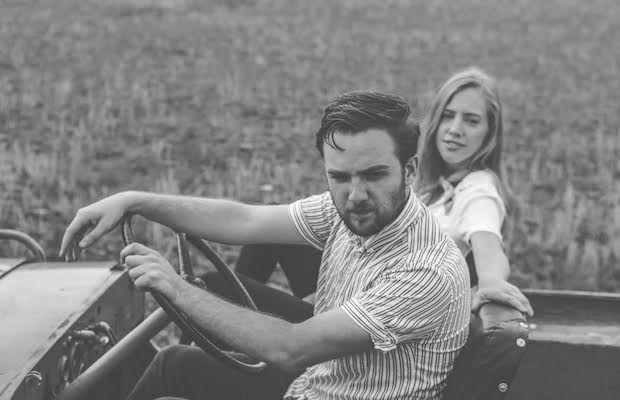 Now a duo alongside partner Heidi Feek (who just released a cool new solo EP under the moniker FEEK, produced by firekid and Willie Breeding), firekid have since left Nashville to settle down once more in Alabama, and, over the last couple of years, have continued to tour steadily while working towards new music and a revamped sound, more representative of their current life and environment. Today, we’re beyond thrilled to share an exclusive premiere of the group’s first song in three years- “BABY YOU DONE ME WRONG.”

Written by Hodges, Feek, and Orlando Marshall, produced by firekid and Willie Breeding, and mastered by Breeding, the track was made in collaboration with Pittsburgh producer and beatmaker Buscrates, and feels like a natural evolution of firekid’s sound, again juggling their eclectic influences and honed knack for melody, sampling, and layered, technical instrumentation.

A particularly personal track for Hodges, the single arrives a decade after he became the second youngest person to ever win the National Flatpick Guitar Championship in high school, an accomplishment that set off a decade-long identity crisis, from which he’s emerged more confident in his personal journey and artistic focus. As a clever and fitting bookend, firekid chose to sample elements of that 2007 performance in “BABY YOU DONE ME WRONG,” bridging Hodges’ promising past with his accomplished present.

Dillon explains, “When I was 13 years old I started obsessing over competitive bluegrass guitar. My dream was to win the National Flatpick Guitar Championship in Winfield, KS. It took me 4 years refining my technique and woodshedding songs, but in 2007 it happened. I won. Only a few weeks after my 17th birthday, I had accomplished what was supposed to be my life goal. I thought I knew who I was and who I was supposed to be, but in achieving my goal, I had robbed myself of the journey where so many of my older peers found their purpose. It set off an identity crisis that lasted 10 years. At 27, I’m on the other side of that. Heidi and I have built a life together in Florence, AL and have remolded firekid to represent where we are and who we are. In ‘BABY YOU DONE ME WRONG,’ I’ve sampled the 2007 contest performance that changed the trajectory of my life.”

Hear “BABY YOU DONE ME WRONG” below, and look out for firekid’s new EP, XY, later this summer. While they don’t currently have any Nashville dates on the books, we can safely bet the duo will return to their former home of Music City sooner than later; we’ll keep you updated when they do!