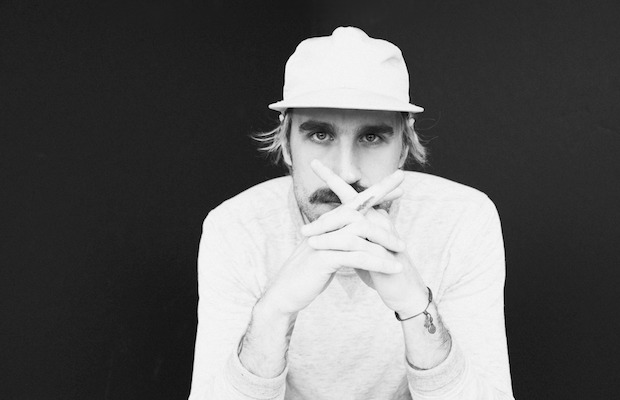 One of the absolute best artists to spring from Nashville in recent years, alt-Americana turned psych folk genre bender Rayland Baxter just released his highly-anticipated third album, Wide Awake, last week. To celebrate the Butch Walker-produced effort, which features an all-star studio band, Baxter headlined a sold out hometown show last night, July 18 at The Basement East, and will perform once again tonight, July 19 with support from psych pop supergroup Okey Dokey and cosmic country singer-songwriter Katie Schecter. A fantastic and honed live performer and now a buzzworthy national fixture, Rayland is nothing short of stellar each and every show, and with his best batch of songs ever in tow, this one is sure to be extra special. You can still grab tickets here, and with last night’s sell out, they might not last. Read on for more about the show!

Fusing cosmic, dreamy country and Americana vibes with ’60s psychedelic pop, singer-songwriter Katie Schecter cut her teeth performing in bands New York, before relocating to Nashville and refocusing the solo sound that makes up her eponymous 2017 mini album. Recorded in the same repurposed Kentucky rubber band factory where Rayland composed his latest, by Cage the Elephant guitarist  Nick Bockrath, the record is an essential local release, and feels primed to get this show going on a high note!

Rayland Baxter, Okey Dokey, and Katie Schecter will perform tonight, July 19 at The Basement East. The show is 18+, begins at 8 p.m. (doors at 7 p.m.), and tickets are available to purchase for $20.