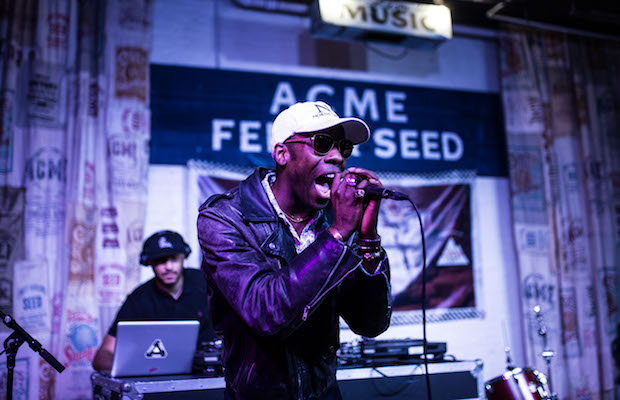 Our long-running, free Acme Feed & Seed showcase series has switched to a bi-montly format for 2016, but that only means we have a little extra time to bring you the best performers around; local and national, established and up and coming, and everything in between. For this week’s show we welcomed two locals groups and an exciting touring artist, different in sound but all equally captivating: new local supergroup Okey Dokey, indie duo Civilian, and funk singer Boulevards. Check out our recap and photos below! 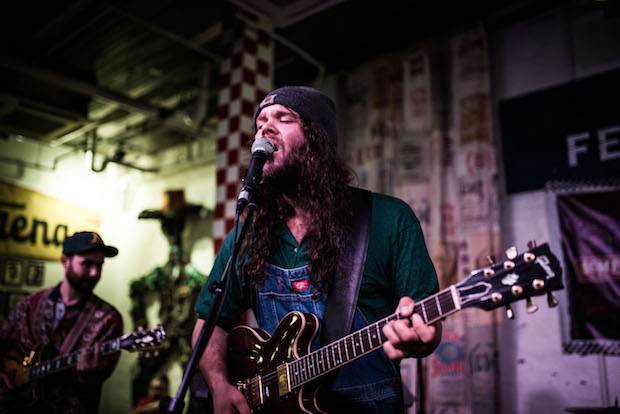 Fronted by visual artist Aaron Martin and Sol Cat guitarist Johny Fisher, newcomers Okey Dokey are a veritable supergroup of sorts, also counting members of The Weeks, Desert Noises, Diane Coffee, and Wild Child among their ranks (it’s unclear if all of that acts were represented at this show, as the band seem to have something of a revolving lineup, but I definitely saw plenty of familiar faces). With only one formally released song to their name, I went in not really knowing what to expect, but, it turns out, that track, “Wavy Gravy,” is something of a template to Okey Dokey’s sound. Soulful, psych-tinged, laid back, and nostalgic, the band have a definite retro pop rock vibe, laden with harmonies and, at times, even bordering on doo-wop. With an arsenal of guitars, keyboard, trumpet, and more, the group played with a confidence and cohesion you would expect from such a seasoned group of players, opting to mostly let their music do the talking. A pleasant surprise from a group of performers I usually associate with louder, more upbeat rock, Okey Dokey are a refreshing break from the treaded Nashville rock trends, and I look forward to their debut release and my next chance to see them in action. 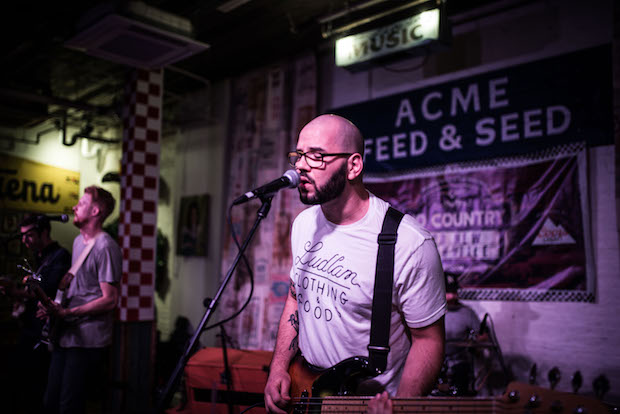 Anchored by the core duo of Ryan Alexander and Dan Diaz, but rounded out by a full band of backing players, Florida transplants Civilian are fast becoming one of the buzziest groups to know in the local scene. They just dropped their sophomore album (right after the show and ahead of this review) You Wouldn’t Believe What Privilege Costs, and, as it’s their first LP in several years, much of the set pulled from new material. The band’s melodic, punk-derived sound definitely reminded me of artists like scene fixtures and fellow Floridians Further Seems Forever, a group who Civilian have shared the stage with in the past, but also navigated a dynamic and eclectic base of influences and genre confines. Alexander’s magnetic presence and earnest vocal style, especially, helped the group’s lively performance land with a heightened emotional resonance, and, though we stuck an indie band between a psych pop group and a funk singer (our bad), Civilian held their own, perfuming with a confidence and heightened showmanship reflective of their many years making music together. The group’s layered, magnetic, and personal style had me hooked from note one, and their LP is already a strong early contender for our year end best of lists. If you haven’t discovered Civilian yet, we encourage you to give them a listen immediately. 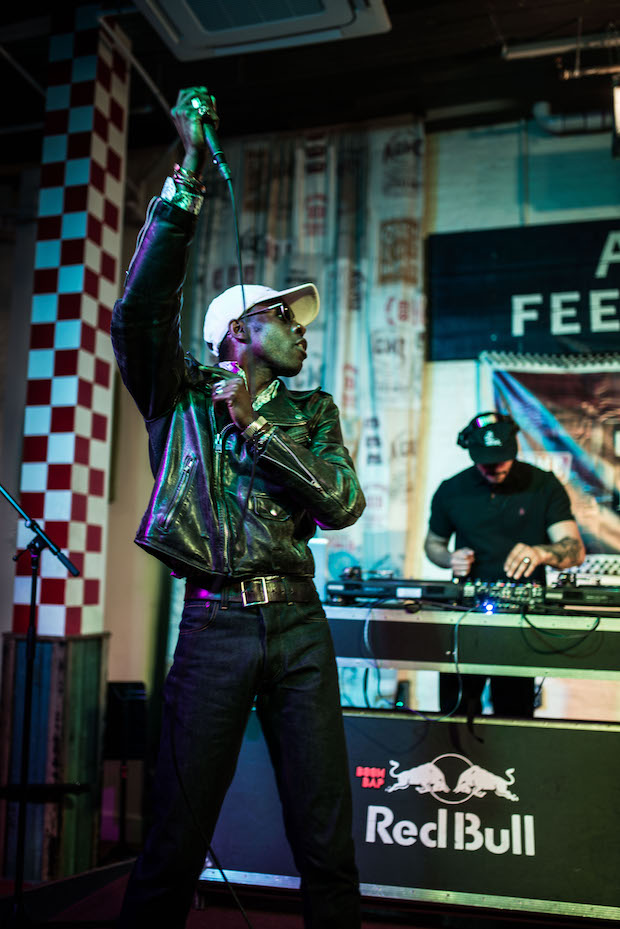 The evening’s headliner, Boulevards, had us so excited that we announced his appearance a few months in advance! Hailing from Raleigh, NC and born Jamil Rashad, it was obvious that we were in for an unparalleled experience from the moment the funk singer stepped onto stage. Backed primarily by a DJ (and, later, a sax player), Boulevards launched into an upbeat, soulful, show-stealing performance that seemed primed for a huge stage, decked out in leather and ready to dance. Running around the stage, Rashad’s performance was even livelier than I expected, and, while his sound was certainly rooted in funk, some obvious elements of hip hop (kind of retro ’90s hip hop at that), r&b, soul, and rock were on full display (as was his experience of playing in punk and hardcore bands in his teens, as evidenced by his in-your-face and engaging crowd work). Complete with a tribute to Prince, Boulevards’ show was nonstop fun from beginning to end, prompting more people to jump up and dance than I’ve ever seen at a Tuesday Acme show. In fact, tables were scooted aside to make more room to get up and groove, and Rashad spent plenty of time in the crowd himself, fueling a funky, feel good dance party that left us smiling. This showcase was a bit of an odd pairing, but all of the acts had one thing in common: they’re the best at what they do, and we had a blast seeing them all in action.

Our free, bi-weekly Acme showcase series continues Tuesday, April 26 with a fuzz-filled lineup of Goth Babe, Crease Reader, and The Inscape. Hope to see you there!