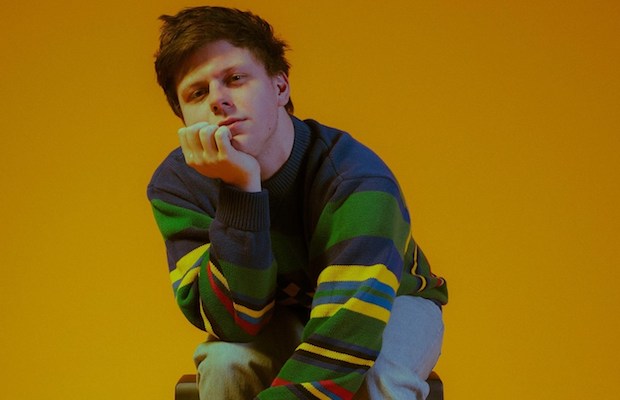 The current dialog in America is frequently uncivil, often outrageous, and full of tension, hurt and anger. With the rapid news cycle and flurry of events, it’s tough to parse out how this affects us internally. Spazz Cardigan wrote his latest single, “Nerves,” at the end of the 2016 as a response to America’s election cycle.

“Nerves” is a totally relatable pop jam that lets you know you aren’t alone if you feel weighed down and anxious from 2018’s chaotic culture. It’s an intimate and boldly emotional track lifted by Spazz Cardigan’s warm vocals and assertive lyrics. The production alternates between moments of space with clarity and wall-of-sound hooks, reminding us that we need a reflective place to have thoughtful conversations. We’re proud to premiere “Nerves” exclusively here at No Country for New Nashville.

“Nerves” is the third single to drop this year by Spazz Cardigan, the musical vehicle of songwriter Chaz McKinney. It follows up the binge-worthy track “Episode” and the excellent “Medicine.” McKinney says, “I originally wrote ‘Nerves’ after completing my first record at the end of 2016 as a response to the election cycle. I felt suffocated by the direction of dialogue in America, and the song has stuck with me since because that tone hasn’t shifted much in the meantime. ‘Nerves’ is the sound of raw anxiety about an impossibility to communicate and being willfully misunderstood. Tony Esterly produced the song shortly after we worked on ‘Episode’ together and it’s been a staple at my live shows for about a year now, so having it out in the world is liberating.”

Listen to “Nerves” by Spazz Cardigan below, and follow our Nashville Spotify playlist to keep up with the latest on Nashville’s brightest artists like him.