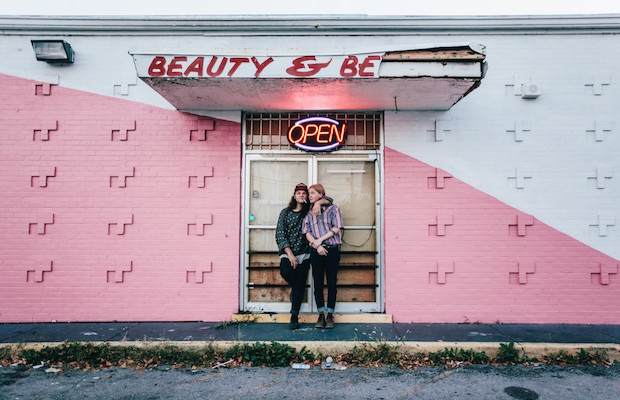 We’ve been following the rapid rise of local psych pop outfit Okey Dokey since they first sprung onto the scene in early 2016. Formed by visual artist Aaron Martin and guitarist Jonny Fisher, formerly of Sol Cat and currently a live member of The Weeks, the band began fleshing out their unique and entrancing sound with the help of friends from other projects, including The Weeks, Sol Cat, Diane Coffee, Wild Child, and Desert Noises. They’ve come a long way since we hosted them at our No Country Presents showcase at Acme Feed & Seed that spring, and, following the release of their stellar debut album, Love You, Mean It, last year, have gone on to tour with bigger and bigger acts and landed spots at a number of regional and national festivals.

Though the buzz from their debut is still pushing the group to bigger audiences and new ears, Okey Dokey aren’t slowing down on the creative output, dropping a few non-LP singles throughout last year, and even drumming up some pre-Bonnaroo buzz with a brand new EP, Besides, on June 1. With a groovy, soulful, pop accessible psych rock sound, the band are vibey, engaging good time live, and a late night Friday set on an intimate stage sounds like the ideal way to soak up their sound at Bonnaroo. Don’t let the bigger stages zap all of your attention- this is a weekend gem, and one of many great Nashville acts on deck this year!