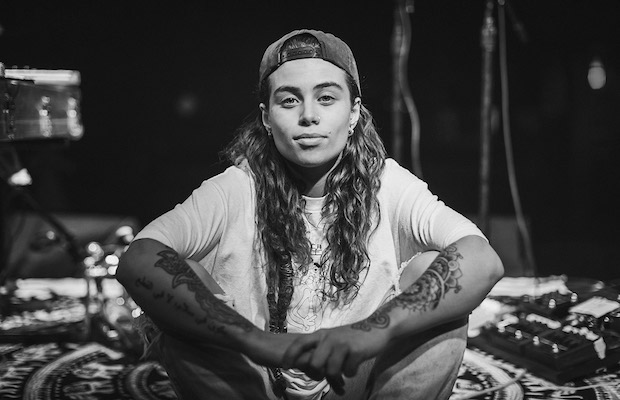 The ascent of young Australian multi-talented singer-songwriter Tash Sultana has been staggering to witness, fueled largely by the viral success of videos recorded of her jamming her most prominent songs alone in her bedroom. Born and raised in Melbourne, the 22-year-old began learning guitar at the age of three, and her skills have since expanded to more than 20 instruments, plus a knack for singing, looping, beatboxing, songwriting, and more. First cutting her teeth in bands, Sultana turned to busking several years ago after recovering from addiction, honing what would become the genesis of her unbelievable, expansive one woman show.

After sharing videos of herself performing, Tash quickly found viral fame online in 2016, and with the release of her debut EP, Notion, later that year, and managed to amass hundreds of millions of streams, charting in her native Australia and even earning platinum certification for her breakout track “Jungle”- all jaw dropping feats for a young, independent artist on her first formal release. Propelled by the subsequent attention, Sultana began to tour the globe last year, managing to sell out every single headlining show based on her online traction. She’s a performer who must be experienced live to truly appreciate the breadth of her talent, and one of the most unique, if perhaps slightly under the radar, additions to Bonnaroo’s bill.