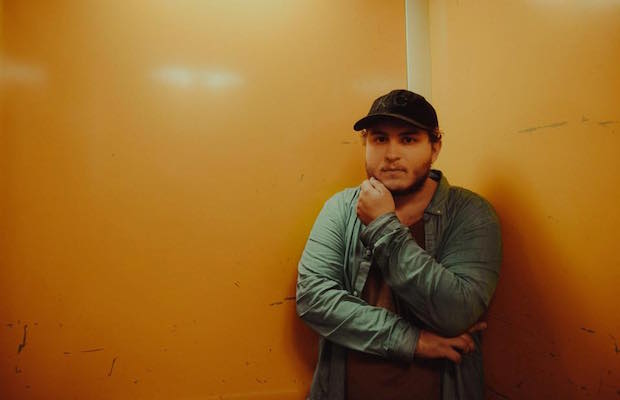 Indiana transplant Chase Huglin has been low-key asimilating into the local indie punk scene, adopting an earnest, acoustic-rooted, emotionally resonant style that has earned him a lot of buzz over the past couple of years. Following up his well-received, breakthrough 2016 effort You Deserve An Island, Huglin returned earlier this month with a phenomenal new full-length, Will the Sun Ever Come Back, flexing his range with lush, full-band arrangements and his most earnest, focused songwriting to date. The musical shift feels reminiscent of when Dashboard Confessional made the leap from a barebones project to a full band affair, retaining the intimate and personal vibe with denser, more familiar, and more nuanced arrangements. Huglin will celebrate his new effort with an adopted hometown show tonight, May 18 at The End, along with Seattle’s Fences and fellow local favorite Bogues, and if you’re looking for something to cap off your three-day weekend, and you dig resonant, intimate, underground punk, indie, and emo, this is the place to be.

Hailing from Seattle, Fences, like Huglin, started out centered around a singular musical talent, in this case frontman and creative force Christopher Mansfield. After earning some buzz when he started posting music online in the late aughts, Mansfield linked up with Tegan & Sara’s Sara Quinn, who produced Fences’ eponymous debut. In the years since, he’s toured with Against Me!, signed a major label deal, collaborated with Macklemore & Ryan Lewis, and gravitated towards a more conventional full band lineup, met with broader acclaim for resonate, pop accessible alt/indie 2015 sophomore effort Lesser Oceans. Maintaining a cult following and due for a new record, Fences feel like a perfect fit to this incredibly well-matched lineup.

The musical outlet of local singer-songwriter AJ Gruenewald, Bogues is a project we’ve had our eye on since the release of his fantastic debut EP, Mulligan, in 2016. Adopting a similar emo-derived, emotionally resonate, and minimalist style as Huglin (while also capturing his own unique voice and deeply personal perspective), Bogues’ recent sophomore EP, Life, Slowly, is a gut-wrenchingly earnest and devastatingly beautiful followup, surpassing his debut both technically and in its emotional weight. Like Chase, Gruenewald is versatile enough to carry a show both alone and with a full band, and if he’s somehow slipped below your radar so far, he’s a must-see performer.

It’s artists like these three who will help emo (or what ever emo-adjacent subgenre label you want to apply) endure well beyond the trendy “emo revival” chatter, by making heartfelt, raw, and poignantly sad but honest music straight from the heart and unburdened by a need to conform to a sonic trend. If that sounds like something that’s up your alley, grab tickets here, and support one of the coolest shows you’ll find all week.