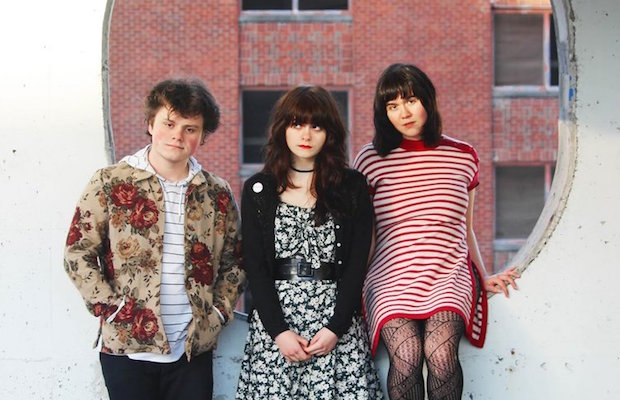 With nearly a decade and five full-lengths, including stellar new effort The Make It All Show, to their name, it might come as a shock how young Oklahoma sibling act Skating Polly are, but not only are the buzzworthy rising group the real deal, they have the punk rock co-signs and bona fides to back it up. We first got turned onto them when they opened for X a few years back, and have kept a close eye on the trio ever since, with their upcoming headlining outing at The High Watt, on June 5, along with similarly punk, pop, retro, and alt leaning group Potty Mouth and local favorites Frances & the Foundation, easily one of our most-anticipated shows of the spring. Tickets are available here, and we encourage you to snag your spot, but we’re excited to announce that we’re also giving away a pair of tickets to one lucky fan! Read on for more about this must-see show, and enter fort a chance to win below.

Winner will be announced Monday, June 4 at 12 p.m. CDT, and will receive one pair of tickets. Good luck!

Skating Polly, Potty Mouth, and Frances & the Foundation will perform Tuesday, June 5 at The High Watt. The show is 18+, begins at 8 p.m. (doors at 7 p.m.), and tickets are available to purchase for $10.