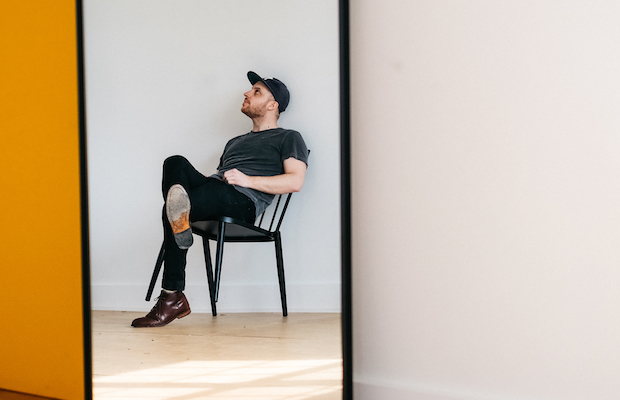 Since Volunteer’s debut EP release in 2015, the Nashville based indie pop/rock project from Cory Quintard continues to steadily gain steam. We praised the release of sophomore EP The World Is Ours last year for its ambitious and emotional storytelling, and we added 2018 single “Money” to our Nashville Spotify playlist. With new release “On the Line,” which we’re exclusively premiering, Volunteer celebrates the freedom of today’s increasingly genre-blurring landscape. Quintard says, “It feels like less pressure to keep a certain sound and vibe across the board. I can just focus on releasing songs that I connect to, and I’ve been finding a lot of joy and power in that lately.”

Volunteer’s latest kicks off with a light and snappy beat before sprinting into a courageous chorus that resolves to move on after a rough breakup. It showcases dynamic songwriting, impassioned melodies and a knack to keep listeners guessing. “On the Line” is the fine result of a collaboration among Quintard, Jeremiah Dunlap and Matt Wertz.

Quintard says, “I love a sad song that sounds like a party. That’s what we tried to capture on this one. This song is about the period right after a breakup. When both people are still sort of emotionally involved and communication is left open, but the narrator knows in her subconscious that she doesn’t have the relational bandwidth to keep the old ‘will they/won’t they routine’ up. The resolve of a clean break is eminent. Humans always chase the desire for a sense of closure, but the hard reality is that the death of a relationship rarely provides closure. It’s sometimes best for both people to just cut it clean.”

Listen to “On the Line” below.