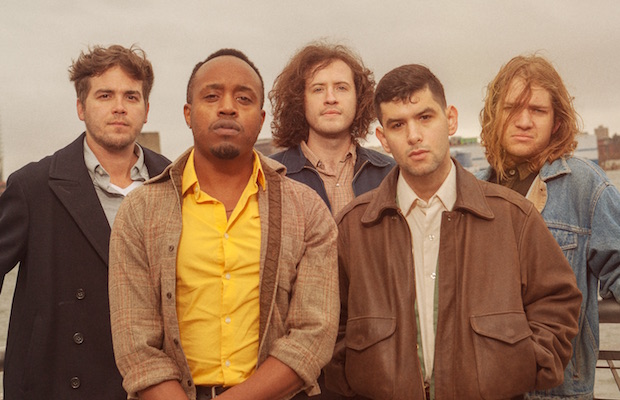 Despite meeting at Indiana University’s Jacobs School of Music, the story of Durand Jones & The Indications is an unlikely one.  Originally planned as a one-off to explore the band’s love of soul music, they recorded demos in makeshift home studio, with a whopping $450 budget, and a toy karaoke microphone.  The result of that evening became their 2016 debut self-titled album, which harkens back to powerhouse forces in the R&B/Soul world, like Charles Bradley, Lee Fields, and Al Green.  Now working through taste-maker label Dead Oceans, the band are continuing their rise with tons of internet buzz, critical acclaim, and a mounting tally of radio plays.  Tack on an aggressive tour schedule, which sees them stopping in on a number of festival appearances this summer, including Bonnaroo and, the recently sold out Moon River Festival, and it should be hard to see why you don’t want to miss your chance to catch them in an intimate environment before it is too late.

Local R&B/soul standouts and blog faves Alanna Royale will be opening things up on this special evening, and, unless you are fresh off the boat in Music City, they should be a well known entity.  They first swept the scene off their feet with the release of their debut EP, Bless Her Heart, in 2013, and followed that up with an extensive touring schedule and top billing at venues all across town, prior to releasing their debut LP, Achilles, the following year.  The band have been hard at work in the studio of late, and have been retouching their sound just a hair.  While the core lineup remains the same, helmed by powerhouse frontwoman Alanna Quinn Broadus, they have added some depth, including a more horns, keys, and background vocalists.  If you thought Alanna Royale was fun before, then you really need to take in their live set now.  Don’t be surprised if you hear some new tracks either, rumor on the street is that a new AR record is closer than you might think.

Durand Jones & The Indications and Alanna Royale will perform tonight, April 19 at The Basement East. The show is 18+, begins at 9 p.m. (8 p.m. doors), and tickets are available for $15.

Grimey’s to Relocate to East Nashville This Fall, The Basement to Remain Through 2019