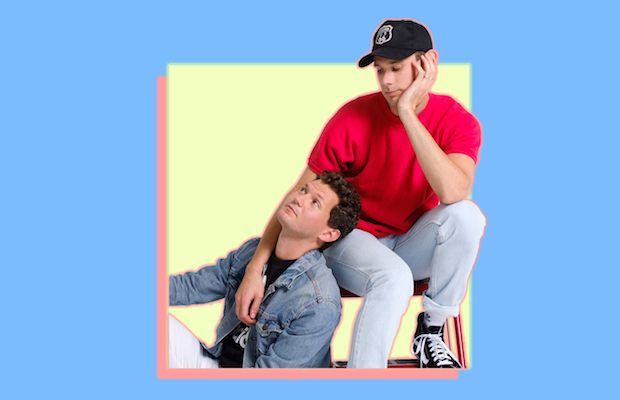 Nashville’s enjoying a creative boom of artists moving here to create music outside of the country sphere, and there’s no shortage of new discoveries. Alongside the influx of recent transplants, longtime residents continue to innovate and evolve. When The New Schematics vocalist Cory Bishop moved here in 2007, the rock scene was having a moment with The Features, American Bang, and Kings of Leon. In 2015, Bishop formed The New Schematics with Michael Bare to release a self-titled EP. Whereas the project’s earlier releases place a focus on guitar lines and big choruses, the duo’s new tracks feature a subtle, introspective, and ultimately, more impactful approach. A prime example is new track “Prove Me Wrong,” which we’re premiering exclusively ahead of its official release tomorrow.

“Prove Me Wrong” is spurred by the occasional doubt of how someone you love really feels. Bishop couldn’t fall asleep one evening and got up to write the entire track that very night. He says, “This song kind of came out all in one piece really quickly, about proving to someone how wanted they really are, despite their occasional doubts.” Recorded with Pat Kiloran of MILKK, “Prove Me Wrong” is like a sunroom where you want to linger inside its warm message. Delicate vocals and lush production provide a romantic way to say “I told you so.”

Speaking to The New Schematics’ evolution, Bishop says, “After a few years of pretty much just listening to all of the greats from 1965-1980, we started to branch out more into what our contemporaries doing today. Straddling those worlds helped us find something uniquely ours. It’s exciting to participate in the pop movement happening in Nashville now and to feel like we have something to offer.

The New Schematics are set to release more singles and videos in 2018, along with playing more local live dates. Listen to “Prove Me Wrong” below and stay on the lookout for more from the duo this year.