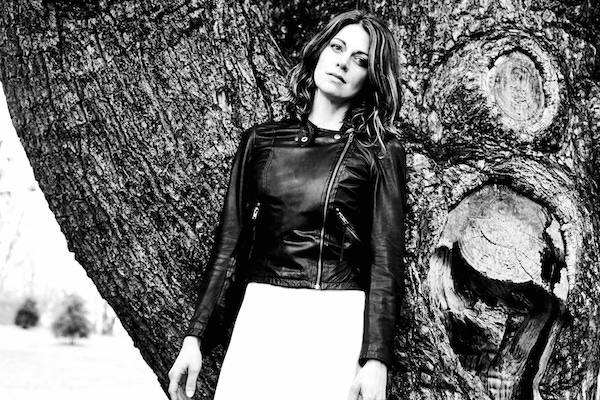 Nashville songwriter Kate Tucker has been one of our city’s indie music gems since 2005, and we’ve been following her work since No Country’s early days. Her body of work uses insightful lyrics and melodic songwriting to explore both major life events and smaller, daily life moments. Tucker wrote and recorded upcoming LP Practical Sadness in the year following her mother’s unexpected death, and she calls the album “more of an antidote to sadness, rather than an expression of it.” We have the exclusive premiere of single “It’s True” streaming below, along with the story behind the song.

“It’s True” features jangly guitars that remind us of how the pain of loss works. It roars and rips, fades into the background so life’s other melodies take center stage, then pops back up at unexpected moments, like looking at yourself in the mirror and seeing hints of a relative. The chorus of “It’s true / It’s true / Yeah I look a lot like you” nails that aspect with Tucker’s airy vocals and pop hooks.

Tucker says, “I wrote ‘It’s True’ with Preston Lovinggood. and it was the first time we’d worked together. We didn’t know each other well, and I think we were both wishing we could retreat into our own separate corners, but somehow we were able to channel that into song.” The single explores the disconnect between Tucker and the ones she loves. “Sometimes strangers on the subway seem more familiar,” she explains. “This song feels like getting lost in the city where you can be completely alone in a place and still part of something. Still human. Still alive.”

Kate Tucker is set to release a slate of singles, videos and VR experiences leading up to a winter 2018 release of Practical Sadness. For now, listen to “It’s True” below.