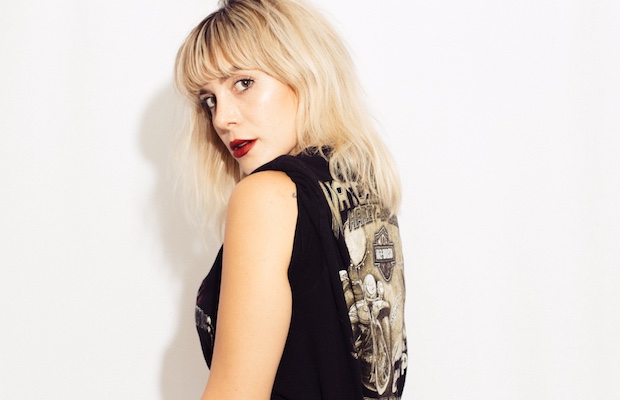 Since bursting onto the local scene with her eponymous debut EP in early 2015, and following it up with a series of well-received tracks and a sophomore effort, Queen of Hearts last year, local electropop singer and longtime site favorite CAPPA has reigned as one of the most promising and important figures in the increasingly flourishing Nashville pop realm. Building on a past in the rock world, CAPPA has found a style that feels throughly modern and immensely relevant, paring personal, relatable, and often empowering themes with flourishing synths, dance-ready beats, and fresh, trendy production, juxtaposing moody and layered musical textures with catchy, singalong primed hooks.

A darling of the blogosphere, amassing streams in the millions, CAPPA has had a comparatively quieter 2017, electing to play only a handful of shows (including our recent rooftop Acme showcase) and going all year without a hint of new music. That is, until last week, when the reigning goddess of New Nashville pop reemerged triumphantly with a brand new single that serves and both an unrelentingly personal anthem and a straight-up club ready banger (a balance CAPPA deserves a lot more credit for so expertly honing), “Waste My Name.”

As the singer explained to Billboard, “Waste My Time” chronicles “being stuck in a cyclical on/off relationship and knowing that, eventually, you have to break the habit,” and was the first new effort that felt like the right fit to break her out of a temporary musical funk. And though it focuses on a broken relationship, the anthemic track could also just as easily apply to the push and pull of CAPPA’s artistic identity, which she reasserts here with more confidence and clarity than ever. While new album plans are unclear, we’re told to expect more singles in the near future, as well as a forthcoming video for her latest. Hear “Waste My Time” below!