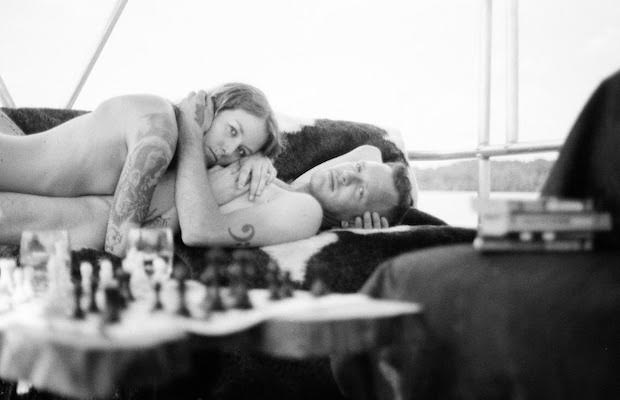 It’s a bit of a bummer in the local scene that indie rock outfit Kopecky have been on hiatus, but the break has also given its various members a chance to creatively explore individual projects.  The latest is from multi-instrumentalist Markus Midkiff and his new solo vehicle William Trouble, which, you may remember, we introduced you to through a duet with Brandy Zdan back in 2016.  The project, which sees Midkiff playing all the instruments, recording, and co-producing, is in the same vein of the beloved Kopecky, but dials down the pop sensibility a bit, and creates a melodic indie rock vibe that will appeal to fans of The Killers or The War On Drugs. William Trouble is gearing up to release debut track “Runaway” on Friday, Oct. 20, but we’re excited to give you a taste of the new tune with our exclusive premiere a couple of days early.

We asked Midkiff about the impetus for the song and the provocative self-portrait used as the album art.  He tells us that he wrote the single while in a relationship, and it’s a plea for his lover not to run away.  We learned that he ultimately couldn’t corral his love, which led to the release of this single with the mantra, “Fuck it.  Time to do what I want and say what I want.” Rumor has it there are a handful of new singles in the pipeline to be released in the coming months, and a debut record could be in the works for the spring of 2018. Dig in below to get hip to William Trouble, and keep an eye out for local show announcements soon.