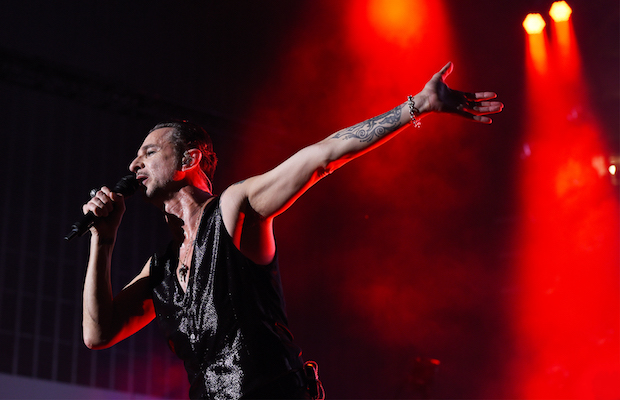 Though, in their near 40 year run, they’ve never ceased to be a band, English electronic and new wave legends Depeche Mode had only managed to make it to Nashville once in their many years of touring, in May of 1988 at the now defunct Starwood Amphitheater. Naturally, we were floored to learn earlier this year of their Music City return, and had to be there in person to soak up the group’s headlining spot at Ascend Amphitheater with Warpaint, which proved to be a stellar backdrop for their long-overdue journey back to Nashville. Check out our full review below, plus a full set of photos from the monumental performance!

Having spent the last five days in Chicago covering Riot Fest, I was absolutely exhausted Monday morning, but rushed back to Nashville for one reason only: Depeche Mode. While I can’t claim to be the most diehard fan, the group and their era had a huge impact on my musical development (I gravitated even more towards post-punk, but always held a soft spot for the ’80s pioneers of moody electronic, new wave, and dance rock), and getting to see them in concert has long been a bucket list item of mine. I arrived in a haze, tired but ready to experience one more great concert before finally recuperating, and Depeche Mode delivered in the most spectacular way. 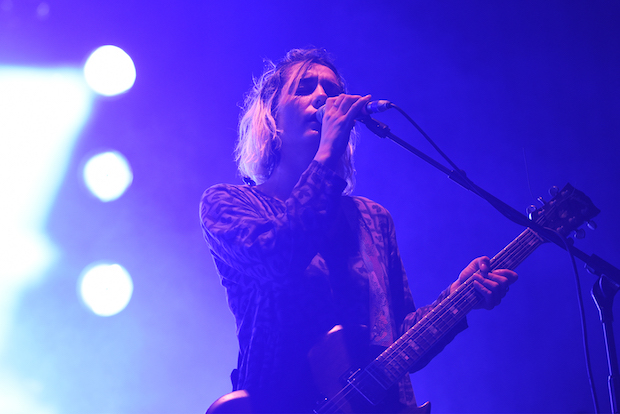 So excited for Depeche Mode, I’d nearly forgotten Warpaint were set to open, and after missing their set earlier this year at Bonnaroo, I was very eager to see them in action. The LA indie rockers might, to a casual observer, seem like a weird fit to support Depeche Mode, but, while not as flashy, or, in concert, keyboard driven, their dreamy, artful sound definitely pulls from the lush, dance-ready tones of Depeche Mode and their peers- in fact, it really makes sense when you see the groups in quick succession.

Taking the stage moments after I settled into my seat, the band kicked off with older cut “Undertow,” bathed in dark, moody lighting and situated close together (which would be a quite a contrast to the bright, huge production to follow). Though their signature ferocity and genre-bending sensibilities were on full display, the performance was a bit more understated than I had expected, giving room for the songs to breathe and really showcasing the nuance and density that goes into their expert writing style. With huge, thumping hooks, enchanting harmonies, and layered, atmospheric tones, they navigated favorites like “Love Is to Die,” “So Good,” and, of course, “New Song,” captivating with a lean, focused set that got me in the perfect headspace for Depeche Mode. 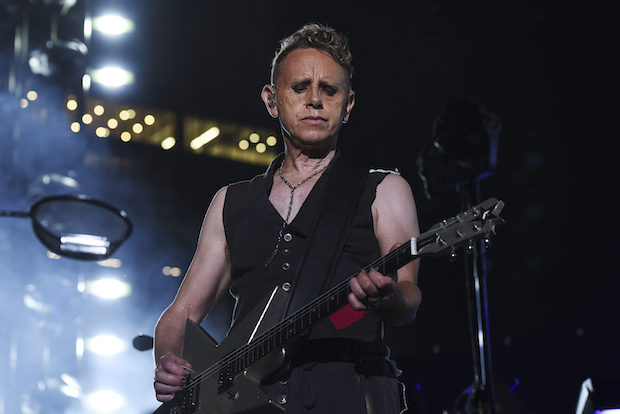 Moving Warpaint’s modest setup and backing riser out of the way, Depeche Mode’s massive stage production quickly appeared during changeover, with all of the towering lights and screens I’d expect from a band with their grandiosity. The screens began to flash messages advocating for their various charitable causes, and, soon, it was time for the main event. I was running on fumes, but once the blinding array of lights flickered on and the enormous bass began pumping, I was carried forward by adrenaline and pure, flashy, rock and roll pomp and circumstance. A bumper of The Beatles’ “Revolution” (I assume a call to the band’s own new single of the same name) gave away to opening with new cut “Going Backwards,” singer Dave Gahan emerging from an elevated pathway above the stage in the middle of two LED arrays- a cool setup that didn’t end up being utilized as much as I would would’ve expected.

When “So Much Love,” another cut from this year’s Spirit followed, with a jump back to late ’90s single “Barrel of a Gun,” I was worried we might be getting a show rooted too heavily on the latter half of their career- which, though while it does make up for all the years they’d skipped Nashville, would’ve been a huge blow to my love of the band’s ’80s and early ’90s heyday. Thankfully, after the first 1/3 or so of the set got the last 20 years out of the way, as the show progressed, the group began digging further back into their impressive catalogue, and, while Spirit cuts- a good album, to be sure- did command the lion’s share, I was relieved to hear them touch on most every era and album at least once.

As a frontman, Gahan was even more flashy and flamboyant than I expected, exuberant and spry, with an energy and intensity that transcended his 55 years. And Martin Gore, though he largely manned guitar and keyboards, felt like something of a bonus frontman in his own right (and, of course, has the distinction of being the band’s primary songwriter), so I was glad to see him take lead vocals on a couple of songs- “A Question of Lust” and encore opener “Somebody.” Decked out in tight, black, sleeveless outfits and subtle eyeliner, both men still exuded ’80s goth chic (which, remember, wasn’t quite the trendy look then it’s since become), and, scanning the crowd, a broader mix of ages and demographics than I would’ve guessed, I spotted many O.G. goths and misfit newcomers, who also seemed thrilled beyond belief to be in the presence of such an iconic band. 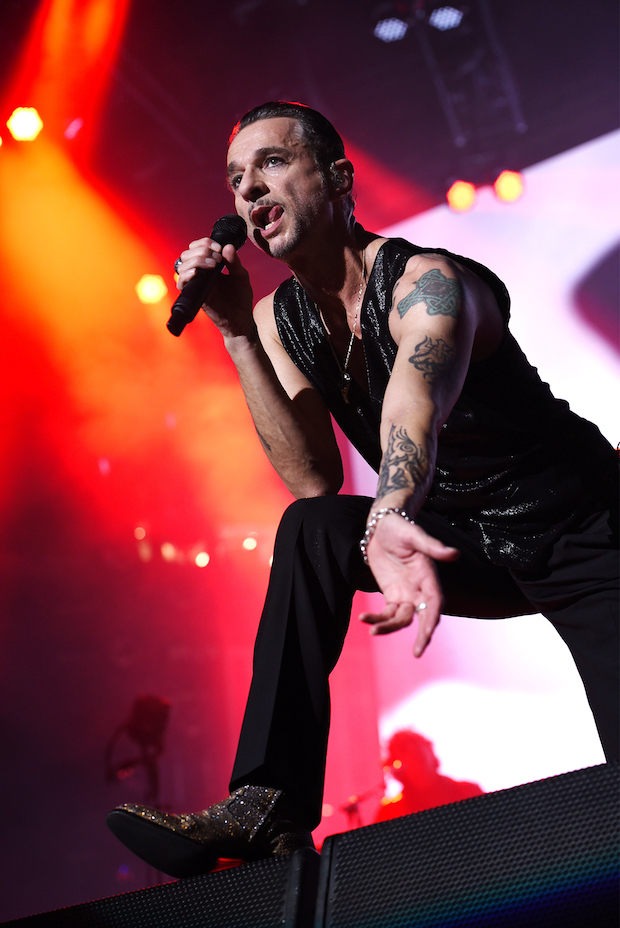 Awash with synths and thumping bass so loud it could apparently be heard for miles, Depeche Mode sounded absolutely stunning, classics like “Everything Counts,” “Stripped,” and “Never Let Me Down Again” feeling especially fresh with the recent resurgence of interest in ’80s inspired sounds in modern music, recreated meticulously without missing a beat. Unsurprisingly, they pulled a lot from 1990’s Violator and 1993’s Songs of Faith and Devotion, perhaps their two most seminal works, and even newer cuts like “Where’s the Revolution” and “Poison Heart” felt epic, and were met by raucous response.

In a time when dance rock is commonplace and electronic has had a huge resurgence, the true trailblazing, influential nature of Depeche Mode can be perhaps be lost on younger newcomers, but it can’t be overstated just how important a band they are, especially since they lined up more with the alternative, goth, and punk crowd then the glossy, ’80s and ’90s mainstream. Finally getting to see them, something I’d long hoped to do, but didn’t realize how much I’d love it until I was there in person, was a seriously captivating and unbelievable experience, and with an epic encore which included an emotional David Bowie cover and two of my favorites, “I Feel You,” and, of course, “Personal Jesus,” the three-decade gap (literally the span of my whole life, and the time between Nashville outings) felt impossibly worth the wait. Here’s hoping they’ll be back a little sooner next time.