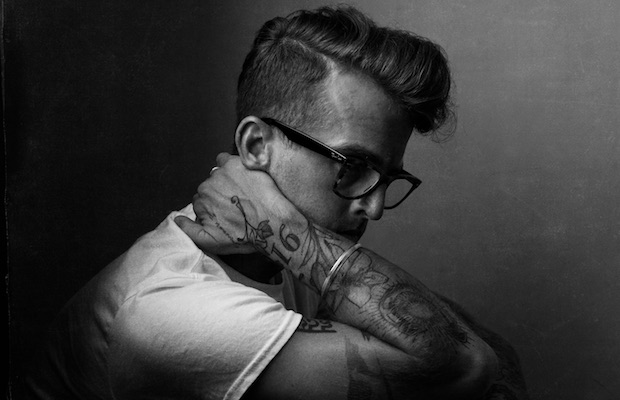 We’ve been keeping an eye on the work of talented songwriter Troy Akers, and his musical project Bandit Heart, for a few years now, and you may remember that we premiered the video for “Ghost” from the longtime Nashville artist.   Hopefully, you caught up with his last single, “Coma,” which we shared in our weekly Spotify playlist update after its late August release, which is touching enough to sound like it came straight from Sufjan Stevens’ Carrie & Lowell.  Today, we are excited to premiere another new track from Bandit Heart, titled “Lullaby #2,” which possesses those same beautifully orchestrated songs with heartbreakingly emotive qualities and gossamer vocals.

Akers told us of the process of writing this single, and his latest batch of songs: “‘Lullaby #2″ is the last song from a series of songs chronicling the processes of a relationship from beginning to end. When I started recording songs from the end of one of my last relationships, so much began happening in between. Certain songs became about other people, other kisses, other experiences. But love signifies and unifies all of it, really. All of the songs are about the same thing, even if the eyes I see when the song plays are different. It’s a quiet, slow, goodbye.”

Dig into our premiere of “Lullaby #2” below, and feel those same emotions, that we have all experienced, fill your soul.