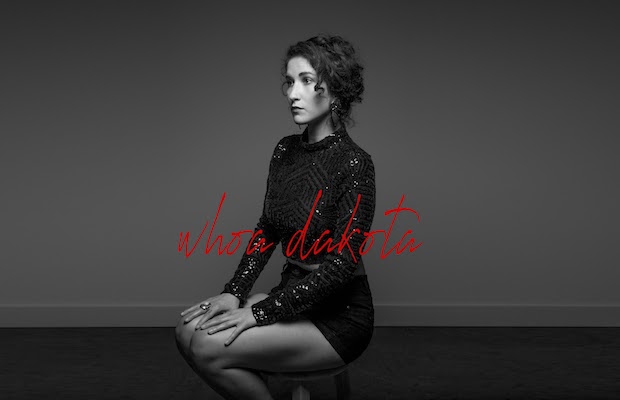 When first we introduced you to Whoa Dakota, the musical vehicle of tremendously talented local singer-songwriter Jesse Ott, more than three years ago, she was exploring realms of blues and retro pop, shaping her sound and building a local following ahead of 2015 debut EP, I’m a Liar. In the years since, Ott has appeared at our Acme showcase, released some new music, and has continued to perform and experiment with her art, pulling from her Little Rock upbringing and blusier, more r&b leaning early work to inform an adventurous and eclectic new direction on her upcoming debut full-length, Patterns, due out next year.

One benefit of living somewhere so steeped with talent is watching new artists grow and find their voice, and while to the outside world they might appear to have come out of nowhere, the process of being an emerging artist is vital in shaping who a singer or band might become ahead of their formal debut. Whoa Dakota has always been extremely talented, but with new single “Patterns,” the title track from her forthcoming LP, which we’re thrilled to exclusively premiere for you before it hits digital platforms tomorrow, she ascends to pop excellence, and gives us a precursor to the sound that is sure to catapult her to national attention next year when the album arrives.

Confident and layered, “Patterns” finds Whoa Dakota in a much more electronic territory than ever before, while still incorporating the breezy, retro and r&b stylings (’90s kids will love this) she clearly has an affinity for, bringing to mind the harmonic, timeless pop rock bliss of HAIM in equal measure with contemporary indie pop. Even as she explores new sonic territories, one thing that’s been constant from the start is Whoa Dakota’s breathtaking vocal talent, which local producers Gavin Shea and Chris Gill captured here with more nuance and power than ever before.

On the inspiration behind the substantive single, Ott explains “‘Patterns’ is about the ruts we get stuck in emotionally and how we can continue to manifest the same unhealthy behaviors in our relationships if we aren’t looking at our emotional deficits and insecurities honestly and healthily.” Despite the emotional weight of the subject matter, we’re told Whoa Dakota has quite a fun and reflective video on the way to match the song’s hypnotic, infectious tone, so keep an eye out for that, and hear “Patterns” below, before it drops everywhere tomorrow!