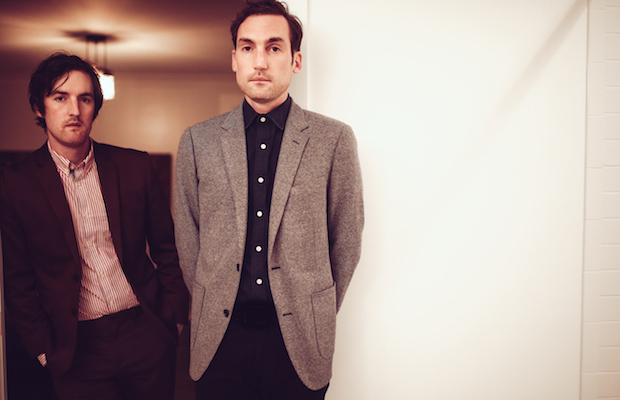 We’ve been hip on Airpark since they first appeared on the scene with their Early Works, Volume 1 EP last March.  Comprised of the Ford Brothers, Michael and Ben, the duo set out to change the mindset of their music after the unfortunate dissolution of their former project, the beloved local rockers Apache Relay. The new tracks should appeal to fans of the mid 00s indie rock explosion, ala the pop infused licks of Spoon or the melodic qualities of The Shins, as the band continues to dial into their clear love of minimalistic pop infused indie rock.

Airpark is gearing up to release their second EP, Early Works, Volume 2, on Sept. 15, and we’re excited to premiere the lead track “Le Tigre.”  Michael Ford, Jr. describes the song as, “‘Le Tigre’ in the most basic sense is about rage.”  He continues, “I found it intriguing to write about the nature of its temporary but totally transformative power over the person experiencing it.  To make sure the essence was properly captured, I had to immerse myself in that emotion on and off for many months while I was completing the lyrics. It was incredibly draining, but, as a result, I think it’s my strongest lyrical work to date.”

The process doesn’t sound particularly healthy, but the outcome is spectacular.  Head below to get a first listen to “Le Tigre,” and mark your calendar to catch their defacto local release show at The High Watt on Sept. 20.  You can still grab tickets for that show here, and their full tour schedule, including a support gig for Humming House at Cannery Ballroom on Nov. 10, is included after the jump.