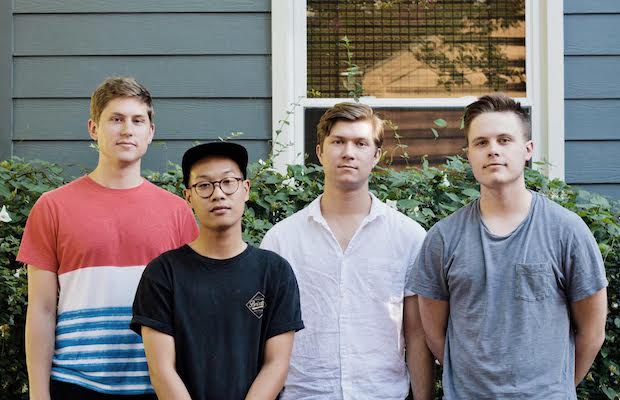 Formed in 2016, locals And the Boys have been popping up on bills around town since making their live debut last fall, quietly becoming an exciting new fixture in the house and DIY show scene with their energetic and exciting live show, as they hone their sound and prepare a string of introductory releases throughout the summer.

Earlier this month, the up and comers got off to a strong start with triumphant first single “Hate You Now,” and, today, we’re thrilled to bring you their followup- a new tuned called “$1000 Bill.” While “Hate You Now” was a bit more uptempo and direct, an exclamatory first taste, “$1000 Bill” brings more off a slow-burn approach, a bit softer and more earnest, fusing bits of ’90s alternative with ’00s garage rock, retro harmonies, and modern slacker vibes.

On the tune, the group tell us “‘$1000 Bill’ is one of the first songs we wrote as a band. The lyrics are about confronting someone who’s losing themselves and throwing away what used to be important to them in the chase for success. We tried to pack the chorus with hooks and make it so the vocals and the guitar riff can both get stuck in your head, and the big bridge/solo section makes it a ton of fun to play live.”

Hear “$1000 Bill” below before it arrives on streaming platforms tomorrow, and keep an eye out for more music from And the Boys in the coming weeks!