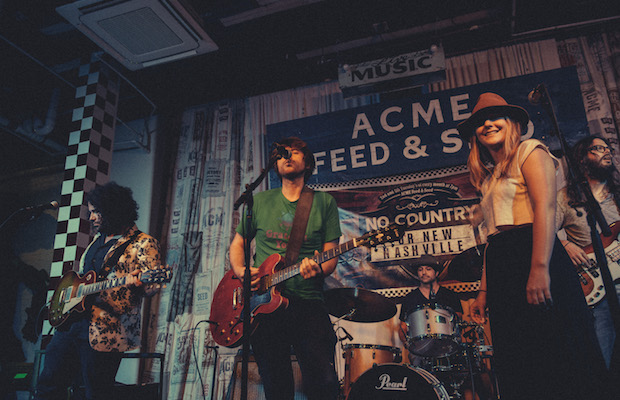 Our long-running, free, bi-monthly Acme Feed & Seed showcase series was really cookin’ recently, when we returned to the three band format, to give you guys as much live music as humanly possible before curfew. Locals, who blew us away so much the first go ’round we had to ask them back, Dylan McDonald & The Avians earned top billing, but we also snagged soul/rock outfit The Rooks, who were passing through from NYC. Throw in talented resident singer songwriter  Jeff Carl to kick things off, and you have one hell of a fabulously free night of music! Read on for a full recap of all the action, and check out some great shots from contributing photographer Nolan Knight.

Walking down the hill on 1st Ave, I watched the General Jackson putt its way down the Cumberland, past Nissan Stadium, before making it’s now familiar turn before the rail bridge. With the chatter of the city as a backdrop, and the converted river boat’s lights shimmering in the water, I’m captivated/impressed by down town Nashville’s beauty every time. Knowing I was heading to check out some great live music was just the icing on the cake. 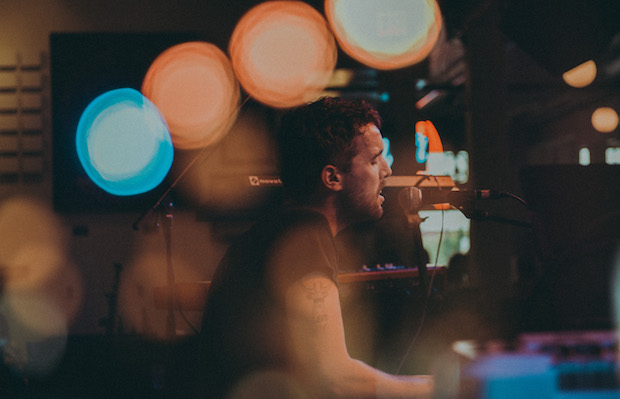 Deciding to revert back to our three band lineup, we were stoked to have Jeff Carl starting things off, who we premiered a video with back in July. I enjoyed his music when I was doing the preview article for the show, especially his work on the EP Survive. He came out solo with his keyboard, and proved immediately that he was no slough on the ivory, while he beautifully sang his catalog to perfection. An enchanting voice that sticks with you after the fact, much like a younger Chris Martin. The crowd was large, and a bit talkative over their various plates of food, but Jeff’s talents managed to grab everyone’s attention a couple songs in. About this time, he performed the track “Rome,” which ended up being my favorite from his entire set. Overall Mr. Carl and his songs were very impressive, and I look forward to seeing him possibly expand his live show as he continues to grow in popularity. 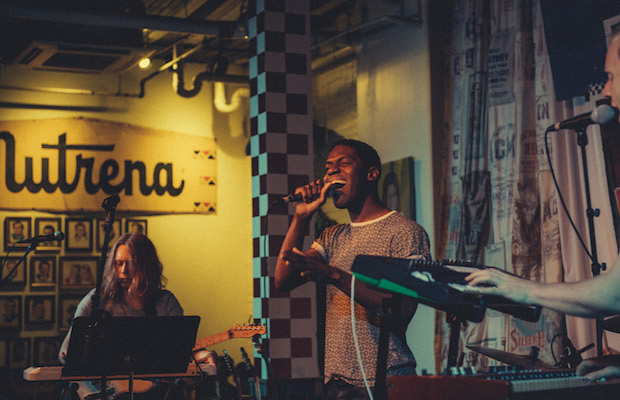 The Rooks. Photo by Nolan Knight.

A band with a growing rep in the various burrows of NYC, The Rooks were touring nationally, when we were lucky enough to snatch them up for our Acme showcase. A little young, but obviously very, very well rehearsed, they grabbed the spotlight from the jump and never let go. Extremely professional and precise, the group carried themselves throughout the show like seasoned pros. Beyond that, their music kicked serious ass, propelled by a lead singer with some of the most powerful lungs I’ve ever seen grace the stage at Acme. The music hopped from r&b, to funk, to soul, to rock with ease. They also showed the ability to jam it out a little, with very unique and vibey time signature changes. Fun and upbeat, the crowd was eating the band up, clapping along to the rhythm, and by the time they got to the Stevie Wonder cover of “Sign, Sealed, Delivered,” a few people were dancing in the aisles. Quite a powerful performance to say the least, setting the bar very high for our last act of the evening. 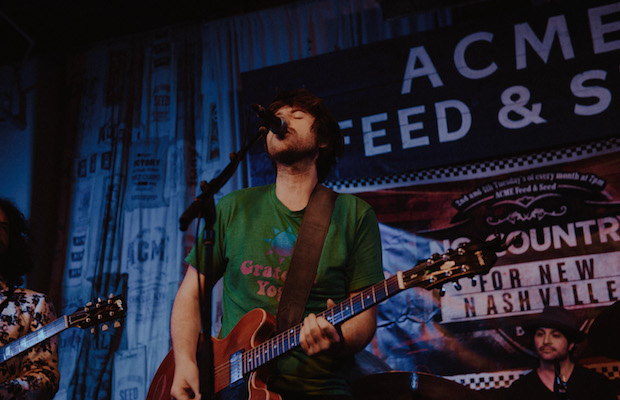 Keeping the energy at a high, Dylan McDonald & The Avians came out firing on all cylinders. Equal parts Tom Petty and The Heartbreakers and Cardinals era Ryan Adams, it was the second time I’d seen Dylan and his group at Acme. However, this time them seemed to be playing even tighter, more fluid together, and their lead guitarist, Daniel DeMonico, is absolutely filthy! He had an arsenal of axes with him, and he slayed with them all. With hair and talent matching Slash, he is as good as any guitarist I’ve ever seen live. Mr. DeMonico alone is worth the price of admission, but throw in Dylan’s wonderfully written songs, and just right for rock singing, and you have a match made in heaven. The rest of his ensemble are no slouches either, and I found myself loving their improvised jams the most, especially when they really let it rip towards the end of their set. There most recent release, Fueled By Dreams Of The Future, is a great record, but seeing this band live is absolute must if you haven’t already. With new material likely on the way, and talent like there’s in spades, the sky truly is the limit!

While you’re, Check out a full set of photos below, and be sure to stay tuned for information on our next Acme showcase!