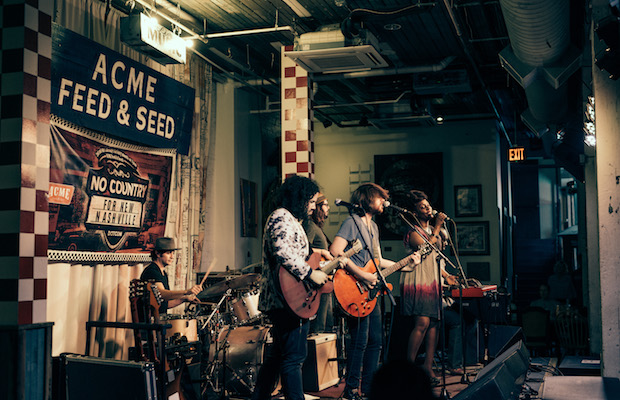 Our long-running, free, bi-monthly Acme Feed & Seed showcase series was full of local faces April 25, as we welcomed Americana rock collective Dylan McDonald & The Avians, and blues singer Miss Jackie Wilson, plus we kicked the night off with a live DJ set care of Acme Radio. Read on for a full recap of all the action, and check out some great shots from contributing photographer Nolan Knight.

Enjoying my bi-monthly stroll down 1st ave, I couldn’t help but feel thankful that I live in such a vibrant city. With live music going on every day of the week, 365 days a year, you’re sure to find nearly every possible flavor if you’re willing to seek it out. The goal of our Acme shows is to always bring a nice variety of said flavors, and this installment was no different. 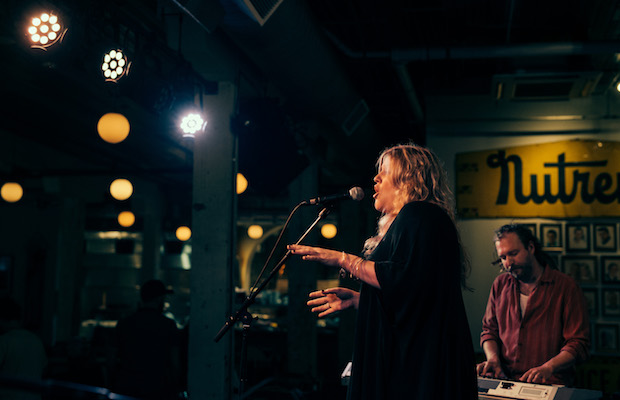 After a wonderful house mix of music, some ice cold beers, and a bite to eat, it was time for the live performance portion to start. First up was Miss Jackie Wilson, whose powerful and potent voice first got her noticed back in 2011, during Nashville auditions for American Idol season 10. In 2014, she followed up with her debut LP, If This Ain’t Love, and she still maintains a weekly time-slot at B.B. King’s on 2nd Ave. She came onto stage with little accompaniment; just a keyboardist and a percussionist on bongos and cajón. This minimalist approach was perfect for showcasing her amazingly and polished voice. She never strained, or looked like her singing was taxing her in the slightest; effortless talent. Wilson sang excellent soulful r&b originals, with a blues bravado, and seemed to have natural chemistry with her back-up players, but later we found out the percussionist was added two hours before the show. “That’s Nashville,” she explained with a smile. All her music is instantly  likable, and easy to pick up, with most in the crowd repeating the hooks by the end of the second verse. At one point she also led a sing-along, to a medley she did with Booby McFerrin’s iconic “Don’t worry Be Happy,” that seemed to perfectly fit the mood. All-in-all it was obvious Jackie is a seasoned performer who is poised to take her talent to the next level, so remember her name, because you’ll be hearing it more and more. 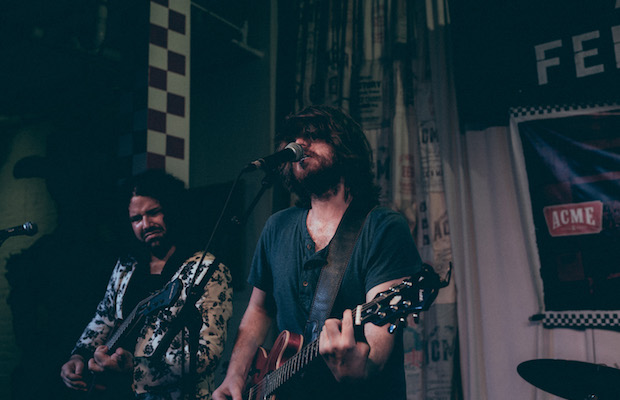 Following up the singer was an act I’d been eagerly anticipating since I took the gig a few weeks back. The son of five-time Grammy award-winner Michael McDonald (The Doobie Brothers, Steely Dan), it was a safe bet that Dylan McDonald and his band The Avians would be talented. If you’d taken that bet, you would have won big, because this collective was not only talented, it rocked hard! With his music calling to mind the heavier, Cardinals-era Ryan Adams, Dylan had the swagger and haircut to match. His lead guitarist Daniel DeMonico is a shred master, with an arsenal of guitars, and one of the sharpest sport coats I’ve ever seen grace our Acme stage in the two years I’ve been covering the events. They powered through their Americana rock ‘n’ roll set, and I was left a little in awe at how easy they made it look. They played most of their recent release, Fueled By Dreams Of The Future, and left the crowd thirsty for more, but alas, our time was up. With skills like that, these guys have a good chance of blowing up big in a genre that seems to stay evergreen. While you’re here, check out some great shots from contributing photographer Nolan Knight, and be sure to check in about our future Acme showcases!