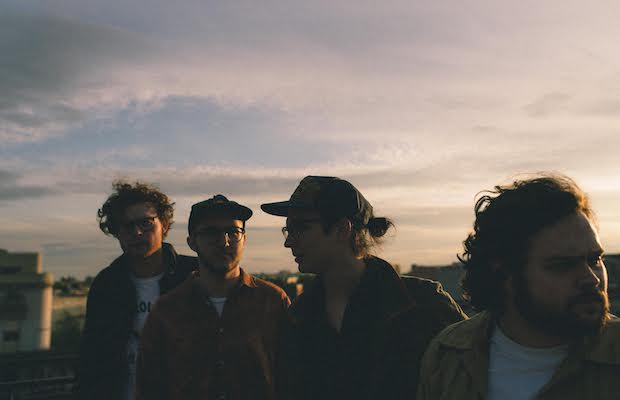 Despite being very active in performing live, it’s been a minute since we’ve heard any new recorded material from MLW, so we were thrilled last week when the group unveiled a soaring new single, “(a) Rest.” A sonic leap forward, the track feels like the sound of a band coming into their own, boasting more confidence, polish, and intricacy than anything they’ve released thus far with personal, calming, and layered poise, perfectly capturing the lyric content in resonant, sonic clarity.

On the theme of the single, singer Mitchell Taylor tells us “‘(a) Rest’ implies the times when we try to make room for something when none is left – strive for silence and a clear head in times of chaos; a plea to be quiet in fits of rage. Relationships aren’t meant to define individuals, but too often we fall into the depths of that misconstrued mindset. This song serves as the shout for those searching between the gray to clarify what’s black and white; or what should be.”

Along with the track, you can also check out a brand new live video, shot at Mountains’ recent performance at The High Watt. Additionally, you can see the band live tomorrow, June 6, when they perform with Animal Flag and Pale Lungs at The End- grab tickets here!