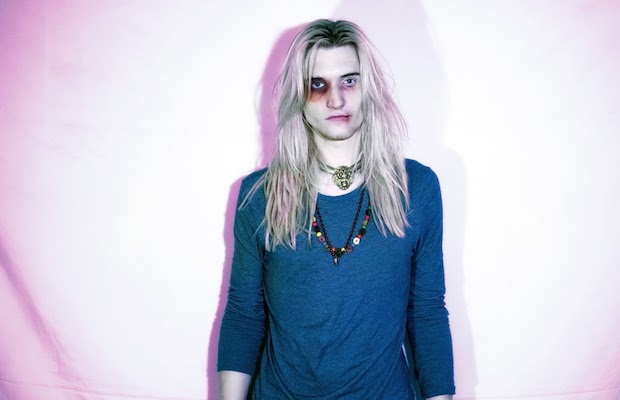 Launched late last year, Tayls is the solo outlet of former Chalaxy frontman (and current Creature Comfort drummer) Taylor Cole, whose freaky, psych-pop sound and willingness to push artistic boundaries and subvert genre norms makes him one of the most interesting and exciting new local artists to watch. A few months back, Cole made his buzzworthy introduction as Tayls with debut single “Pop Tart (Queer Boy, Small Town),” hosting a sold out release show for the track at The East Room, and, in the time since, amassing an impressive number of streams and online buzz.

Today, we’re beyond excited to bring you the talented singer’s followup, new song “Fist Fight,” which functions both as an ode to self-acceptance, and a declaration that Tayls is Cole at his most uninhibited, breaking from the confines of prior projects to fully embrace his own artistic identity. A bit more upbeat and anthemic, the song dances between Tayls’ layered, psych sensibilities and his ability to craft huge, electrifying, poppy hooks, underscored with his earnest, personal, and bold lyricism.

On the song, Cole tells us “‘Fist Fight’ is a tune about self acceptance and renewal. It’s me saying ‘I fuck my life and self up all the time, and that’s okay because my heart is in the right place. And I don’t back down easy’,” adding that the cover art, which features the singer bruised and battered “is in reference of course to the title, but also is a nod to my old Chalaxy shows. In those days I would paint my eye area red, blue or whatever. It was like war paint! It put me in a different place. Now that the paint has faded, I have a bruise left from years of hard work and heartache with that band.”

As Tayls, Cole channels a sort of Bowie-esque alter-ego (and even cites the late great singer as another visual inspiration in his cover art), and boasts something of a supergroup backing band, featuring members of Creature Comfort and Molly Rocket. The few shows the project have performed have received rapturous praise, and in honor of “Fist Fight,” you can catch Tayls this Friday, May 26 at The Basement East with Phangs, Keeps, and Manrelic. For just $5 (or $7 at the door), the 21+ ParTay promises to be quite the unique experience, with a theme of “horns, strings and drag queens.” Give “Fight Fight” a spin below for a sneak preview!

Bonnaroo Band of the Day: Chance the Rapper