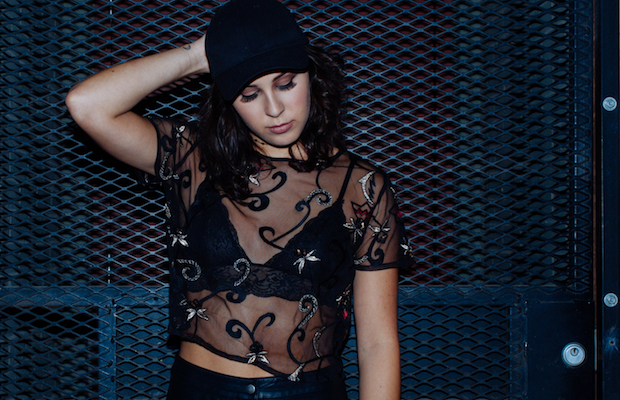 Nashville R&B and pop artist Ashley Leone landed on our radar last year with her sunny, funky debut EP, Sugarcoated. Leone’s style continues to evolve with new single “Night Ride,” and we have the track’s video premiering exclusively here at No Country for New Nashville. Produced by Jacob Durrett and written by Leone, “Night Ride” tones down her previous EP’s brighter hues to arrive at a more pared down sound. The accompanying video matches this shift perfectly, with director Patrick Tohill focusing on Leone’s emotional reflections in a desaturated hotel room.

Leone says, “I really wanted this video to be simplistic and just a dope visual to go along with the song. From my outfit, to the lighting, and the performance-based video, I want people to get a gist of who I am, as well as set the mood for the song. My friend, DeShawn Oravetz, styled me, and we decided not to go all glam.”

Pulling from artists like Erykah Badu, Kehlani and Stevie Wonder, Leone adds classic and current R&B sounds to Nashville’s evolving pop scene. She says the community is “super supportive and has this creative energy that’s just always buzzing. I feel like every show I go to I’m always running into people from the pop scene supporting someone else who’s playing.” She continues, “I don’t think other cities really know what’s happening in Nashville and will be floored once they do.”

As for the rest of 2017, Ashley Leone plans on releasing more music and playing more shows. For now, watch and share the video for “Night Ride.”

Bonnaroo Band of the Day: Gallant