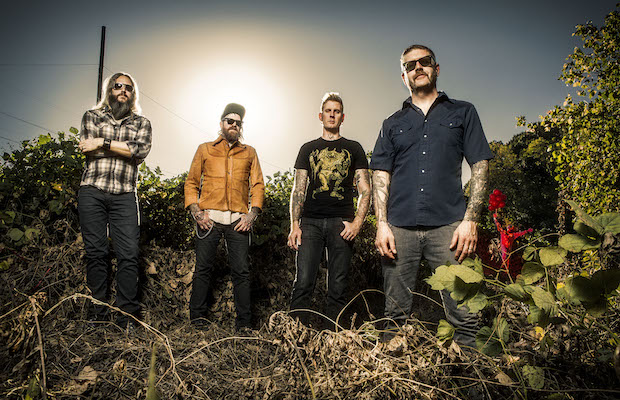 Lyrically ambitious and musically unpredictable, Mastodon are a staple in modern metal, having spent their more than 15 year existence perfecting their sound, a mixture of sludge, progressive, alt metal, stoner, groove, and punk. The Atlanta group first rose to prominence with 2004 sophomore effort Leviathan, and have flexed their adaptability and fluid musical sensibilities ever since, most recently with celebrated, conceptual seventh album Emperor of Sand.

We last caught the band in 2014 at Marathon Music Works, and told you earlier this year that they’re set to return tonight, May 17 for a performance at none other than The Ryman Auditorium, an unorthodox but pretty amazing location for such a diverse rock show. West coast hard rock supergroup Eagles of Death Metal open, along with Chicago post-rock instrumental trio Russian Circles, whose live show is nothing short of spectacular.

This is, without a doubt, one of the coolest, most eclectic and unadulterated rock shows of the spring, and the fact that it’s at the Mother Church makes it ever more enticing. While they’re going fast, some decent tickets can still be had; don’t miss out!

Mastodon, Eagles of Death Metal, and Russian Circles will perform tonight, May 17 at The Ryman Auditorium. The show is all ages, begins at 7:30 p.m. (doors at 6:30 p.m.), and tickets are available to purchase for $42-52.