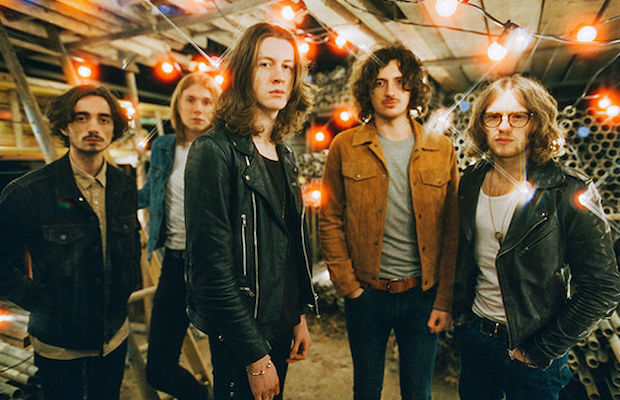 Hailing from just outside of Manchester, England, Blossoms are fast becoming the the next UK indie act to keep an eye. Formed by schoolmates Tom Ogden and Joe Donovan, and rounded out by Charlie Salt, Josh Dewhurst, and Myles Kellock, the band hail from the same small area (and even discovered they were all born in the same hospital), but, slightly different ages, met through happenstance and their prior involvement in the local music scene. After coming together in 2013 as Blossoms, named for a public house in Stockport, the group found a swift following through self-released material and early shows, nabbing label interest and releasing a string of EPs, and attracting attention for buzzy early single “You Pulled a Gun on Me.”

Combining elements of psychedelia, indie rock, and more recently incorporating hints of synth pop, the band honed their sound and earned critical praise with last year’s eponymous debut LP, which spawned numerous well-recevied singles, most prominently the infectiously catchy “Charlemagne.” Carrying on the tradition of peers like Arctic Monkeys, Blossoms are doing their part in keeping British indie rock alive and exciting, and though they’re slated for a Club Stage set, they could just as easily rock a bigger Bonnaroo slot. Catch their afternoon performance, and thank us later.