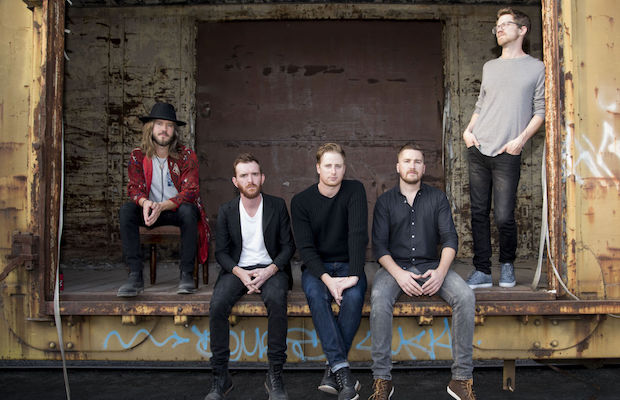 Fast rising local alt-rockers Moon Taxi have been a household name in Nashville for quite a few years now, and their national presence has been boosted by appearances on the main stages at some of the biggest festivals in the country (Bonnaroo, Coachella, Governors Ball, Lollapalooza) over the past couple of years.  They have spent considerable time on the road since the release of their highly acclaimed 2015 release Daybreaker, and it really shows in their latest single “Two High.”  The single, which is begging for a high profile remix, is seemingly designed for a summer festival stage, and continues to expand the band’s catchy, arena ready, singalong worthy catalogue.

The group explains, “‘Two High’ is a song about hope. Hope for understanding, hope for acceptance, and hope for our future. We were inspired by the simple and universal peace sign. It’s a gesture we would like to see more of.”  In a time of social and international unrest, it’s a worthy gesture that will spread during their lengthy run of tour dates this summer, which, hopefully, will also include news of a new record.