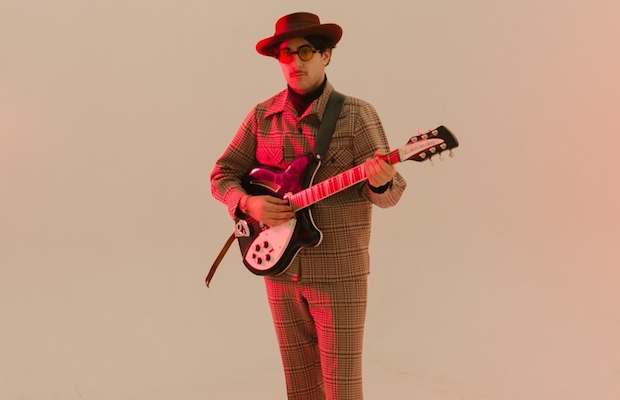 Last month month was a busy one for HalfNoise, the solo musical outlet of local artist Zac Farro, who, after six years, just officially rejoined his famed former band Paramore, ahead of their highly-anticiapted fifth LP. Indicating that he plans to keep HalfNoise going full speed ahead as well, Farro recently announced a new EP, Velvet Face, set to arrive March 24 via Congrats Records, mere months after the release of his stellar sophomore LP Sudden Feeling.

After Sudden Feeling‘s especially stylish, electronic, and layered turn, Velvet Face marks a move back towards more organic instrumentation, drawing influence from retro rock and pop, once again under the production guise of longtime collaborator Daniel James, and recorded here in town at Pioneer Sound. Along with the EP announcement, HalfNoise recently unveiled a groovy lead single, “French Class,” and we’ve been spinning it on our playlists ever since. Earlier this week, Zac also premiered a video for the track, which he self-directed, further showcasing his multi-faceted skill as an artist.

Watch “French Class” below, which, in typical HalfNoise fashion, is a stylish, fell-good, creative, and visually compelling romp perfectly suited to enhance the song, and keep an eye out for more news from HalfNoise soon!