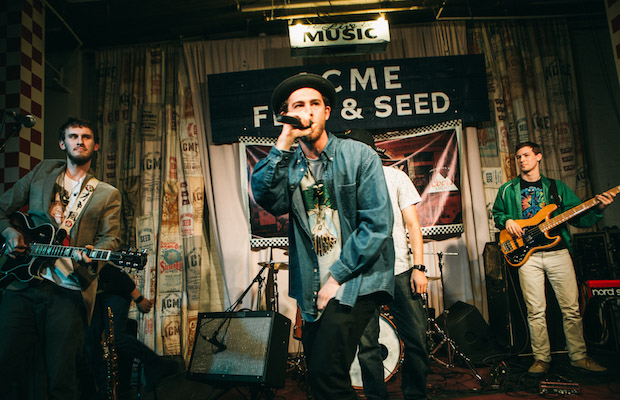 Our long-running, free, bi-monthly Acme Feed & Seed showcase series is still going strong as we power into 2017, and our first installment of the new year went down Jan. 31 with some very unique local performers. We were pleased to welcome in the headlining spot live hip hop/funk collective Mr. B & The Tribal Hoose, along with indie rocker J. Marco, and we kicked the night off with a live DJ set care of Acme Radio. Read on for a full recap, and check out some great shots from contributing photographer Amber J. Davis.

Eager to get my first Acme showcase of 2017 on the books, I made my way down first avenue at a brisk pace. It was the first night of our new format, where we’ll typically be sticking to two bands instead of our former three, instead giving the warmup spot to a rotating panel of guest DJs or Acme Radio’s own in-house crew. 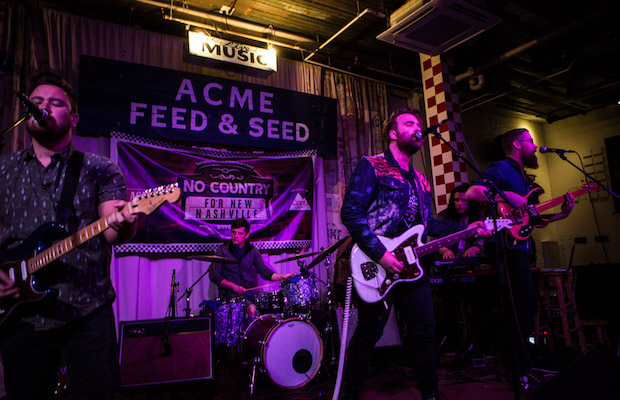 After Acme’s Carl Gatti warmed the room up, it was time for the band performance portion of our showcase to begin. First up to bat was local rocker J. Marco, who’s no stranger to No Country. We like his stuff so much we even helped him debut the track “Long Way Down”, ahead of his debut solo record release, Myth, which dropped this past October. Once you give it a listen, you may realize Marco has worked previously with local rockers New City Savages, but the new stuff reminds us more of the heavy Ryan Adams era, with his former backing band The Cardinals. Marco also has a very nice punk/grunge aspect to his music that isn’t over powering, but omnipresent, giving his brand of indie a unique flair. With a four guys backing him up, plus his chops on guitar, it was a very big sound, and when they really got it going it was pure power indie pop. We recognized his originals from his record, and he even snuck in a Springsteen cover for good measure. Who isn’t down with The Boss in quasi-apocalyptic political times like these? 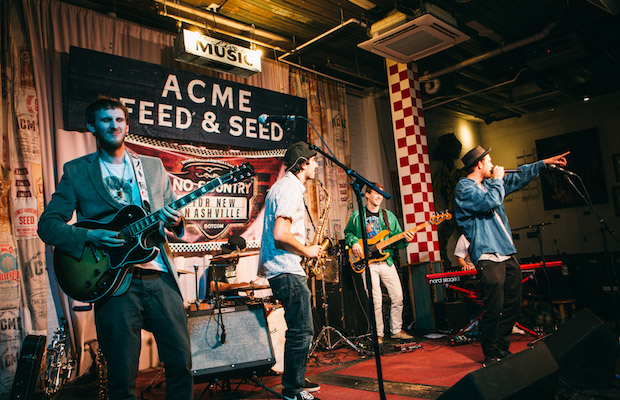 Mr. B & The Tribal Hoose. Photo by Amber J. Davis.

It’s safe to the say the collective we had closing out our first event of 2017, Mr. B & The Tribal Hoose, are one of the most supremely unique groups of musicians we’ve ever hosted. Part Beastie Boys, part G. Love and Special Sauce, with a little r&b and  rock ‘n’ roll mixed in; this is a group who truly break all our preconceived notions about genre. After a little soundcheck and freestyle warm up, they were funky to start, especially on the bass. Frontman and rapper Blake Mankin (aka Mr. B) has charisma to spare, and by the second verse he’d already climbed down off the stage and was working the crowd, while spitting rhymes into his wireless mic. While Mr. B danced with some fans and kept the crowd hyped, the backing band broke into a tasty version of Outkast “Spottieottiedopaliscious”, including sax, and the crowd participation ready “damn, damn, damns.”

Later it was some classic Nickelodeon inspired medley, including part of the All That theme song (’90s kids know what I’m talking about). The second lead singer would come in when the song dictated, and he was all vocal range, hitting the high notes and laying down pure r&b vocal.  His singing on the cover of Prince’s “Kiss” was spot on, and the back and forth between him and Mr. B on a “Rappers Delight” interpretation was also kick ass. On another song, they were pure hard rock, and there wasn’t a single genre they sampled that was lacking in quality. Truly amazing to see live, and well worth your time. We look forward to catching them again soon! While you’re here, be sure to check out the spread from contributing photographer Amber J. Davis below, and join us on Valentines Day, Feb. 14 for live music from MYZICA and Chaos Emeralds, plus another live DJ set!