Tristen Debuts “In Winter Blues” for a Good Cause 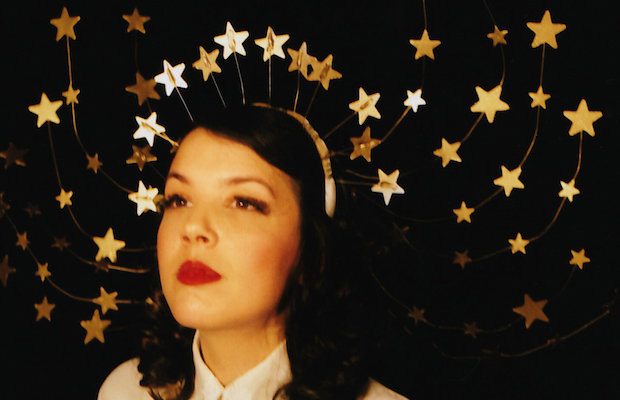 It’s been a hot minute since we’ve heard new music from Tristen, as we await the follow up to her incredible 2013 release C A V E S.  That’s not to say she hasn’t been hustling though, the talented Nashville songwriter lent her talent on the keys to Jenny Lewis for a lengthy run on the road.  She has also been touring her own material supporting acts like The Weeks, and released a poetry book titled Saturine, which is available through Cosmic Thug Records.  Tristen is gearing up for a tour supporting Vanessa Carlton, which includes a Nashville date at 3rd & Lindsley on March 19, and tickets for that show are available here.

Now, in time for the holidays, she just dropped off a new holiday inspired single, “In Winter Blues,” which you can check out below.  Keeping in the spirit of the season, Tristen is donating all of the proceeds from downloads of the single to International Rescue Committee, an organization founded by Albert Einstein to help refugees in crisis.  You can learn more about the IRC here, and you can download the single, for whatever price point you can manage, at Tristen’s Bandcamp page.  Don’t be a scrooge, and do what you can to help.

Help Those Darlins' Jessi Zazu in Her Fight Against Cancer