Help Those Darlins’ Jessi Zazu in Her Fight Against Cancer 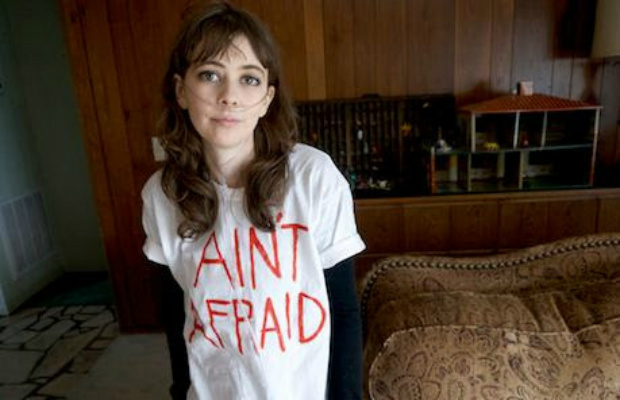 It was almost a year ago to the date that we shared the sad news that long standing Nashville rockers Those Darlins would be taking an indefinite hiatus, and the weeks that followed their final show at The Basement East in Jan. 2016 probably hit the band harder than any other.  Co-founder and front-woman Jessi Zazu was unexpectedly admitted to the hospital and diagnosed with cervical cancer.  Below is Jessi’s official statement about the life-changing events, as well as information about how you can help with her rising medical bills, and a powerful video message from Jessi explaining her “Ain’t Afraid” campaign.

As most of you know, Those Darlins decided to call it quits as a band in early 2016. We all mutually felt it was time to take a step back and pursue other projects, and it has been a really good decision for all of us. My plan was to continue on exploring my own musical path with my bandmate Linwood Regensburg, and we had a baby project in the oven even as we were finishing up our final blow-out tour with Those Darlins (which was a blast!).

Although I was in poor health during the span of that tour, I never would have guessed that a week after I arrived back to my home in Nashville, Tennessee I would be hospitalized and diagnosed with stage 2 cervical cancer. It came as a big shock, and my plans for making music and forging ahead in my art career suddenly took a back seat. I decided to keep the news relatively private, because I was hoping I could complete the treatment, beat the cancer, and move on from a temporary road block.

Unfortunately, this November, I found out that the cancer had already metastasized and spread through my lymphatic system, probably before I was first diagnosed. This is typically what they would call a “no cure scenario”, but I refuse to believe that to be the case. I feel healthy, happy, hopeful, determined, positive, and full of sparks and nails. In a sense: there’s a tumor growing on my body, I don’t know what lays in store, but I ain’t afraid anymore. Yes, I guess I am a mystic mind after all.  In the next few months, I plan to continue recording with Linwood and looking forward to a musical future with the world.  I also am working on a visual art show about my experiences this year.

We encourage you to donate as much as you can to Jessi’s YouCaring site to help her raise money to fund additional treatments, and head below to see her powerful video message.  If you want to send cards, CDs, or art to wish her well, please address your correspondence to Jessi Zazu, P.O. Box 92017, Nashville, TN 37209.