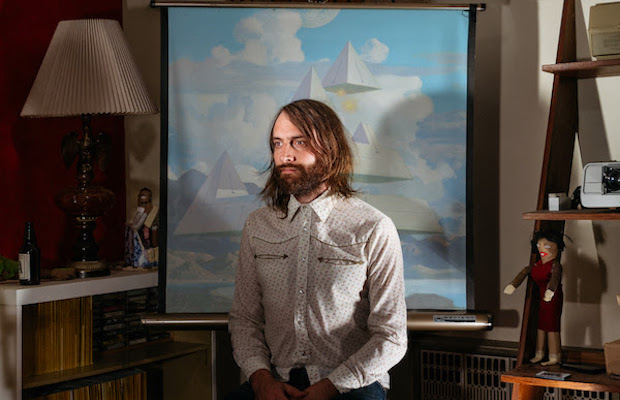 To those not entrenched in the Nashville scene, Skyway Man may sound like yet another new band banging around Music City.  This project, however, is the new musical outlet for über talented local artist James Wallace, who, if you have kept up with No Country for long will know, is the front man and mastermind behind the wildly popular psych-folk outfit James Wallace And The Naked Light.

James has taken some time to reflect prior to starting the new project, whether it be touring with Promised Land Sound, brushing up on his Mandarin, or traveling in search of his inner spirit animal.  The first result of these introspective journeys is the heady future folk single “Terre, 9999,” which is a dreamy underwater ode to a future planet, after the seas have overtaken the land.  The single is the first to appear from Skyway Man’s upcoming LP, Seen Comin’ From A Mighty Eye, which drops on Feb. 10 via Yewknee Records.  The upcoming album was recorded at Wallace’s second home at Matthew E. White’s Spacebomb Records in Richmond, VA, later touched up at Joe McMahan’s Wow and Flutter Studio in East Nashville, and features a literal who’s who of supporting artists.

You can check out “Terre, 9999” below to find out why Seen Comin’ From A Mighty Eye is is sitting high on our list of most anticipated local albums of 2017.