The Basement East To Host All-Star Charity Event For Louisiana on Sept. 1 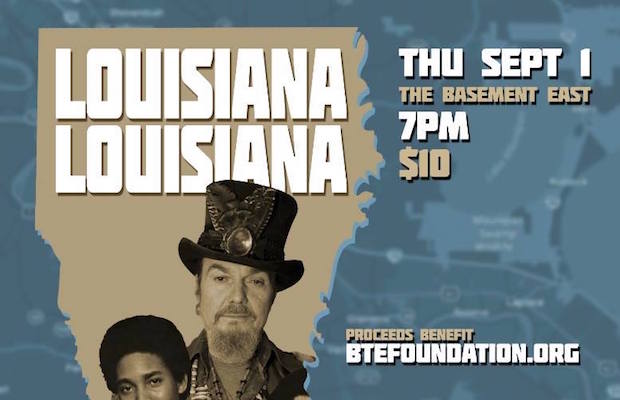 Unless you’ve been living under a rock, you know that southern Louisiana was hit hard by record breaking flooding earlier this month, and tens of thousands lost homes and have been displaced during the historic event.  So, what are we going to do in Music City to help them in their time of need?  Throw a concert, of course.

The fine folks over at The Basement East have teamed up with the Better Than Ezra Foundation to raise money for relief efforts, and they have enlisted an A-team of musicians with Louisiana roots to perform at the one night only event.  You will see Will Kimbrough, Grimey, Kevin Griffin of Better Than Ezra, Tommy Keenum, Patrick Sweany, Chase McGill, Kevin Gordon, Friends of Lola, and “very special guests.”  The show gets started at 7:30 p.m. on Thursday, Sept. 1, and tickets are a $10 donation.

Do some real good while having a real good time!  The official event poster is below, and you can head to the Facebook event page for even more information. 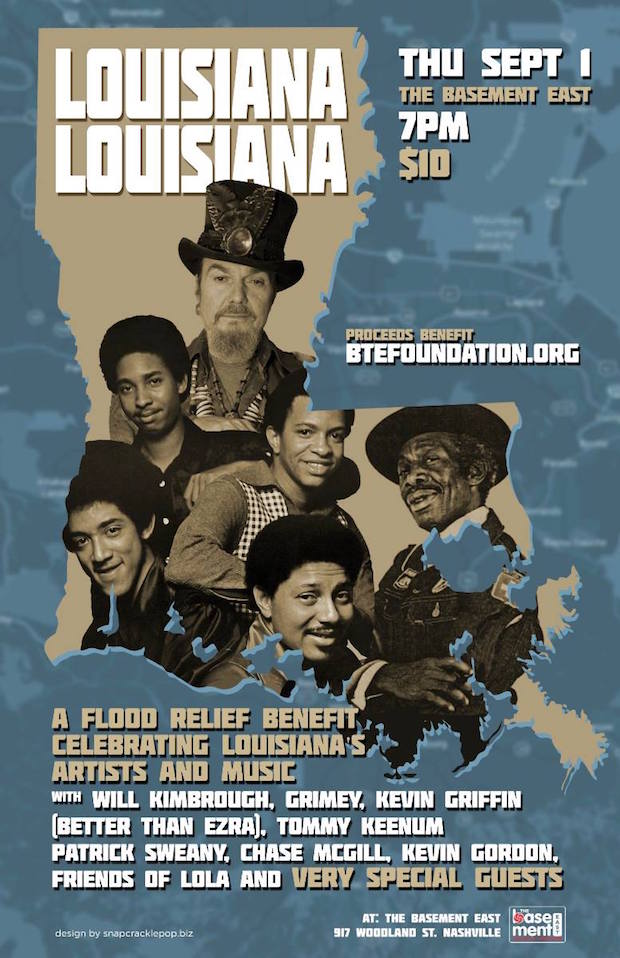