Now in its eighth season, Nashville’s annual Live on the Green music fest is set to return Thursday, Aug. 11, spanning, as it has for the last couple of years, across four weeks, Aug. 18 & 25, ending with an epic three-day weekend event Sept. 1-3.

Last year’s lineup, which included Passion Pit, Ben Folds, Lord Huron, and Cold War Kids, set the bar incredibly high, boasting more performers than ever, but 2016 manages to match, with a massive slate of incredible acts, including some returning perfumers! 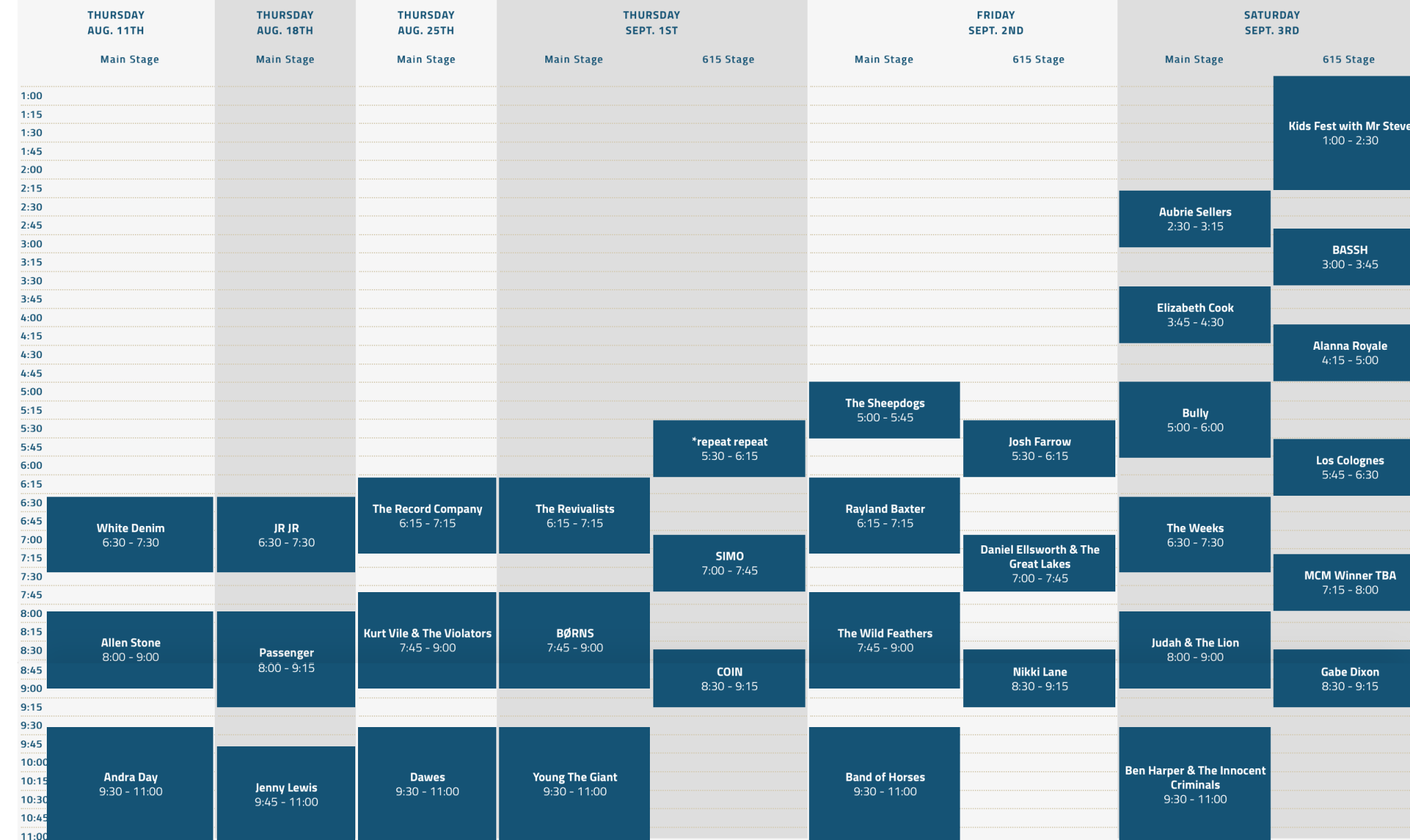