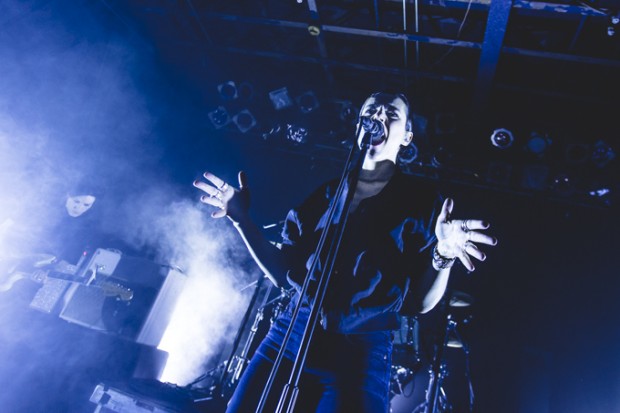 The U.K. post-punk quartet Savages came off their set at Shaky Knees (where we also caught them) to play Exit/In last Saturday, bringing their raved-about live show to Nashville for the first time since 2013. The women did not disappoint even with all the hype surrounding their high-energy performances and their sophomore record Adore Life. This band is something supremely different than you’ve heard before, definitely different (thank god) than anything going on in music right now, and beautiful hope for those of us who look at the world and don’t really like what we see.

Read on for our full review of the show, including the opener Head Wound City, and check out some great photos from the incredibly talented Jake Giles Netter. 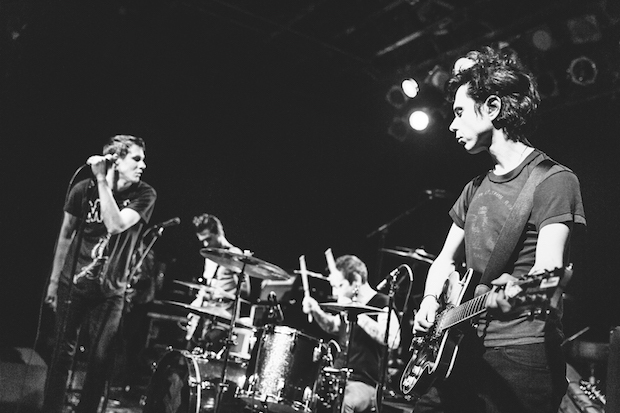 As a fairly big fan of Savages, I arrived at Exit/In as soon as doors opened to ensure a great spot. I expected there to be a line to see this really buzzy band, but due to my coverage of the show I knew it hadn’t sold out. I walked right up to the front of the venue, set my notebook on the stage, and stood in an empty venue for over an hour until the openers Head Wound City started. Before I address the supergroup starring Nick Zinner of the Yeah Yeah Yeahs, where the hell were all you people? Doesn’t this city live and die for super hip bands gaining tons of buzz in, like, publications and things? Savages are gaining a reputation for having the best live rock and roll show touring right now, but Nashville doesn’t turn out for them. Of course *insert tame indie pop-rock band here* will sell out the Mother Church, but this town won’t come see the most angry, hopeful, poetic, noisy band carrying guitars at the moment. As a former rock and roll fan who now listens to nothing but country and blues because it seems the former genre has been taken over by lily-livered losers, Savages gives me hope for rock music. But probably more people in this town were across the street watching a certain pimple-faced “punk” band because they’re cool, or something. 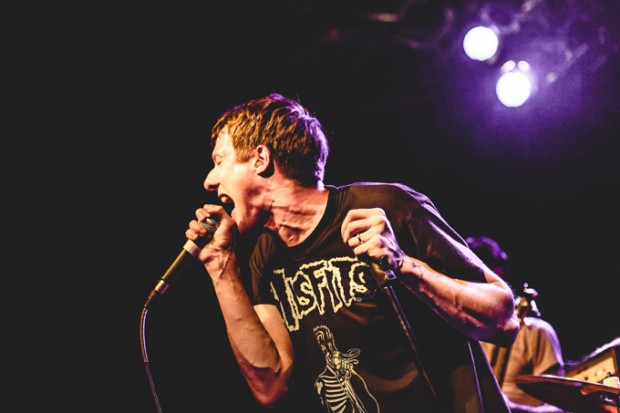 Someone more familiar with hardcore, metal, and goth would do a much better job writing about openers Head Wound City, but I can tell you that as a person who doesn’t usually listen to that kind of music, I enjoyed their show for its lack of posturing one often finds in those genres. Singer Jordan Blilie (The Blood Brothers) had a voice that greets the eardrums like sandpaper and he did very little talking between songs. Mostly the band members — which include Cody Votolato (also of The Blood Brothers), Justin Pearson and Gabe Serbian of the Locust, and the aforementioned Zinner — just pounded the shit out of whatever instrument they were playing. Zinner was the least animated of the group, though his guitar was certainly making lots of noise.

When I first researched Head Wound City, I was pleasantly surprised by the fact that they sound absolutely nothing like the Yeah Yeah Yeahs. My boyfriend tried to explain to me reasons why that made sense, given the alleged in-fighting between him and Karen O that led to the group’s breakup, but I’m a pretty casual Yeah Yeah Yeahs listener, so I hadn’t been aware of all that, and it was way too loud to hear his explanation. Anyway, it seems all the members are doing this band for pleasure in the music, not to cash in on Zinner being a fairly well-known musician. It was interesting to me that he would go from being in one of the biggest bands in the world to a super-hard thrash band where he has to pick up his own gear after the show. Maybe this is a sign that some guitar players are not assholes and just like playing? Has living in Nashville made me this jaded? 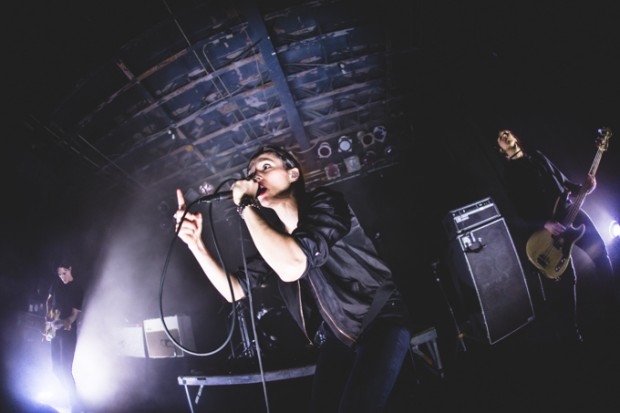 Savages was a revelation. The four women are a very young band, with only two records under their belt, but they’ve achieved a chemistry wherein each person equally contributes to the music. Each of the four parts make a whole and each musician’s unique playing style makes the band what it is. Most bands take their entire careers and still can’t find a perfect balance between the members. There’s usually one person onstage who’s just there as a placeholder or who you know could be replaced. To me this chemistry is the sign of a band that can become truly great. Frontwoman Jehnny Beth is like no one else in rock and roll right now. She sounds a lot like a French Patti Smith, something emphasized by her occasional slips into poetry and her androgynous look. But Patti Smith didn’t sing music this heavy. Guitarist Gemma Thompson plays sort of like the Edge, if he’d had a super fucked up childhood and was angry instead of being so damn cheerful all the time. Bassist Ayse Hassan and drummer Fay Milton have created a strong rhythm section that allows Thompson and Beth tons of freedom, either to drench a song in feedback or run through the audience or stage-dive. 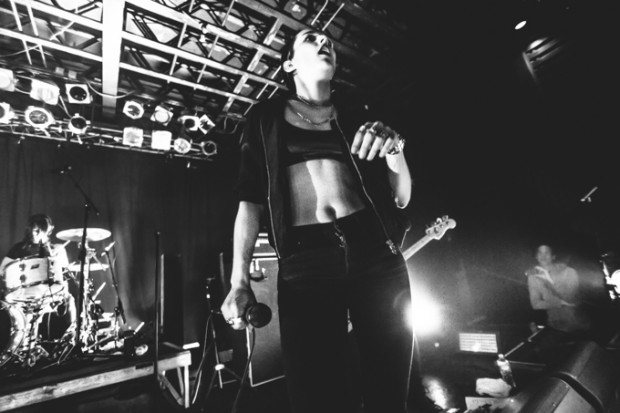 The band played about an even mix of songs from their latest record, Adore Life, and their first one, Silence Yourself. Both records are influenced by post-punk of the Eighties like Joy Division and Siouxsie and the Banshees as well as PJ Harvey and Nick Cave. To me they sound sort of like if Patti Smith and the Edge were in a really dark and heavy Eighties band. And what’s even more remarkable about the latest record is that the messages in the songs are so positive, while coming from such a dark musical backdrop. The title track “Adore” tells its listeners to adore life before it’s over. The gut-punching single “The Answer” reveals that the answer is love. Almost all of the songs on the album are about love in one form or another, and Thompson sought to create abrasive guitar parts as a sort of counter weight to the positivity of Beth’s lyrics. This isn’t a love-fest though, from her poetry and the manifestos published on the band’s website Beth is a woman who sees a lot wrong with the world and has a lot to say about it, but on Adore Life she seems to have reached the perspective that negativity isn’t the way to achieve the change she’s asking us for.

Being front row I got to see what a charismatic performer Beth is. When they came onstage she shook the hands of everyone she could reach, especially the girls, and then had us eating from the palm of her hand the rest of the show. She repeatedly crowd-surfed and ran out into the audience, while Thompson stared into space with the angriest expression I think I’ve ever seen anyone wear for a full two hours. After playing the early and “angry” single “Shut Up,” Beth dedicated the feminist anthem “She Will” to “the women of Nashville.” This song gives a particularly impressive performance from Milton, as she repeatedly grabs the cymbal and hits it over and over. After assaulting us with heavy songs for the majority of the set, the band closed with the moving “Adore” and the crowd-requested “Fuckers.” The latter song isn’t on Adore Life, but it’s a prime example of what Savages does, present a positive call-to-arms sort of message in really dark clothing. “Don’t let the fuckers get you down / Don’t let them take away this song / Don’t let the fuckers get you down,” Beth sings over layers of guitar. This band believes that music can still change the world. And they make even someone as jaded as me believe it, too.