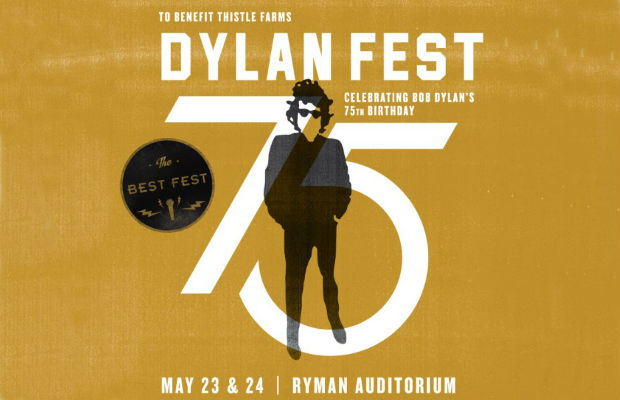 As we told you when it announced, an all-star cast has been assembled to pay homage to Bob Dylan in celebration of his 75th birthday in an event dubbed Dylan Fest.  The event, set for May 23 & 24 at Nashville’s Ryman Auditorium, has just announced the addition of local songwriting hero Butch Walker to join the already stacked line up, including Emmylou Harris, Jason Isbell, Kacey Musgraves, Kurt Vile, and dozens more. Tickets for the Tuesday May 24 date are sold out, but amazingly, tickets remain for May 23.  Head here to grab yours before it is too late.

Head below to see the show poster featuring the rest of the insane lineup, and feel good about your decision to attend, as a portion of the proceeds will benefit Thistle Farms. 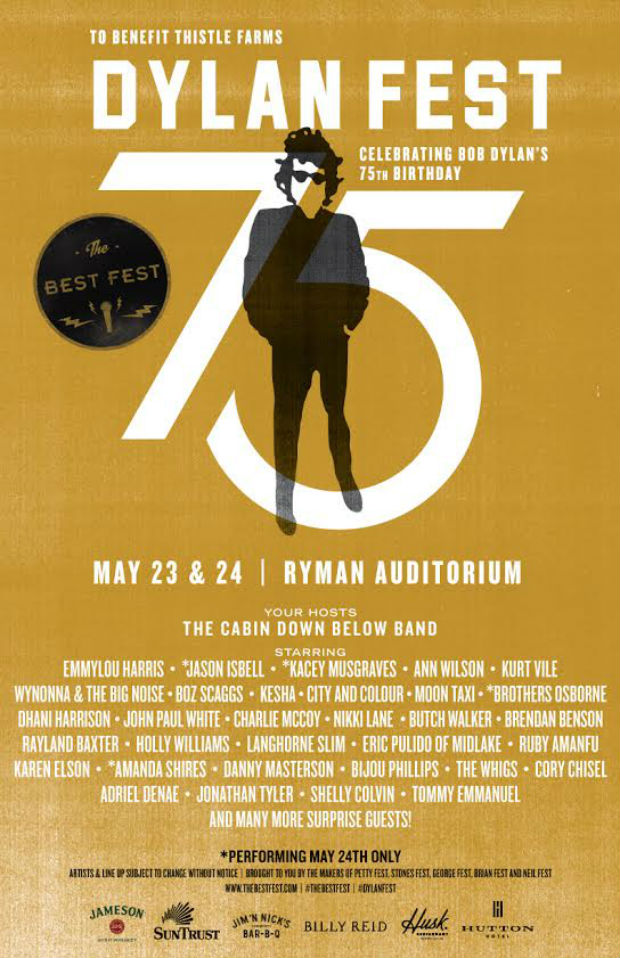