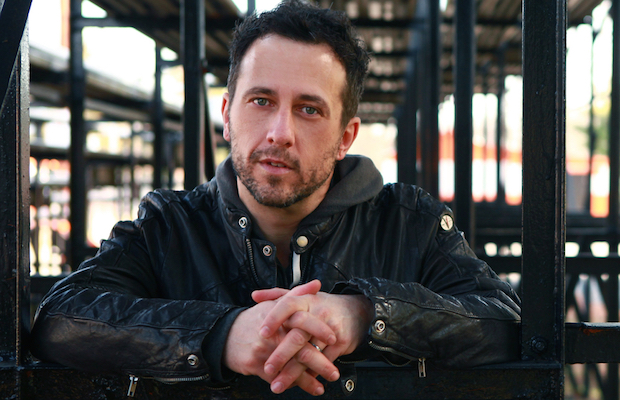 Singer-songwriter Will Hoge draws his influences from country, rock and blues to create an incredible soulful sound that hits listeners right in the gut. The Nashville native is set to perform a solo set full of incredible cuts from his long and impressive career at City Winery on May 29. He’ll be joined by fellow storyteller and lyrical master Rick Brantley during this one-night-only show, which has already sold out. If you weren’t quick enough to snag your ticket in time, don’t worry! We’re giving away a pair of tickets to one lucky reader who’s longing for a night of introspective and heartfelt music. Click below to learn more about the lineup and for your chance to win!

Many people like to classify Will Hoge as a country artist, but he’s not that easy to label. The Franklin native has spent most of his life surrounded by music one way or another, thanks in part to his musician father. After releasing a one-off EP with his band Spoonful in the mid 1990s, he  recruited guitarist Dan Baird and began touring as a solo artist. This led to his first album, Live At The Exit/In, which featured recordings from his Nashville performance. Soon after, he snagged a record deal and released his first studio album, Blackbird On A Lonely Wire, but soon after cut ties with Atlantic Records and focused on getting back to touring.

Many independent releases followed, including his The Man Who Killed Love record and the politically-oriented The America EP. In 2007, he signed with Rykodisc Records and released Draw the Curtains, which was well received by longtime fans and marked the start of a new point in his career. Things were put on hold when he was injured in a near-fatal scooter accident the following year, but would be far from the end of the line for Hoge.

Over the next few years, he became a more well-known name within the mainstream country scene, thanks to a songwriting deal with BMG Nashville and the success of his song “Even If It Breaks Your Heart.” The track, which was recorded by Eli Young Band, earned Hoge a Grammy nomination as well as nods from the Academy of Country Music and Country Music Association.

Last year’s LP Small Town Dream debuted at No. 15 on the Billboard Top Country Albums chart, cementing his status as one of the best singer-songwriters in Nashville. Even if you aren’t a diehard country fan, you’re sure to fall in love with Hoge’s ability to channel emotion through song like few others can.

Georgia native Rick Brantley was raised on both traditional gospel music and an array of modern legends like Blind Willie McTell and The Allman Brothers. It didn’t take long for him to start making music of his own, leading him to drop out of school and make his way to Nashville. He quickly snagged a publishing deal, and began churning out tracks while earning spots opening for major artists like John Hiatt. Over the past decade, he’s penned songs for everyone from Meat Loaf to David Nail to Rob Baird. Earlier this year, he released the emotional track “Hurt People,” which is full of powerful imagery and surprising honesty. He’s one of Nashville’s best and most underrated songwriters, so make sure you experience his live set for yourself.

Winner will be announced Thursday, May 26 at 5 p.m. CDT and will receive one pair of tickets. Good luck!

Will Hoge and Rick Brantley will perform Sunday, May 29 at City Winery. The show is all ages, begins at 8 p.m. (doors at 6 p.m.), and tickets are currently SOLD OUT.