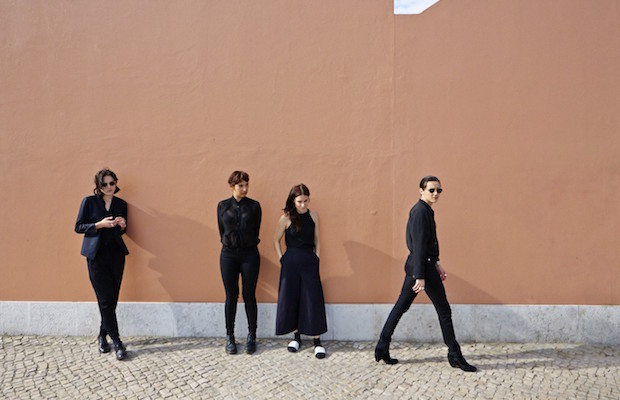 The U.K.-based post-punk band Savages are tearing through Nashville on their tour supporting their critically acclaimed second album Adore Life, playing Exit/In tonight. If you weren’t the lucky winner of our ticket giveaway, tickets are still available for $20, and if you’re into dark rock and roll with poetic lyrics and a frontwoman who sounds like a French Patti Smith, then you definitely don’t want to miss this show. We ourselves said that Savages blew away Queens of the Stone Age when they opened for the latter group at War Memorial back in 2013, and since then Savages have been building a reputation for having one of the best live acts in rock. Read on to learn more about Savages, their new record, and the openers supergroup Head Wound City.